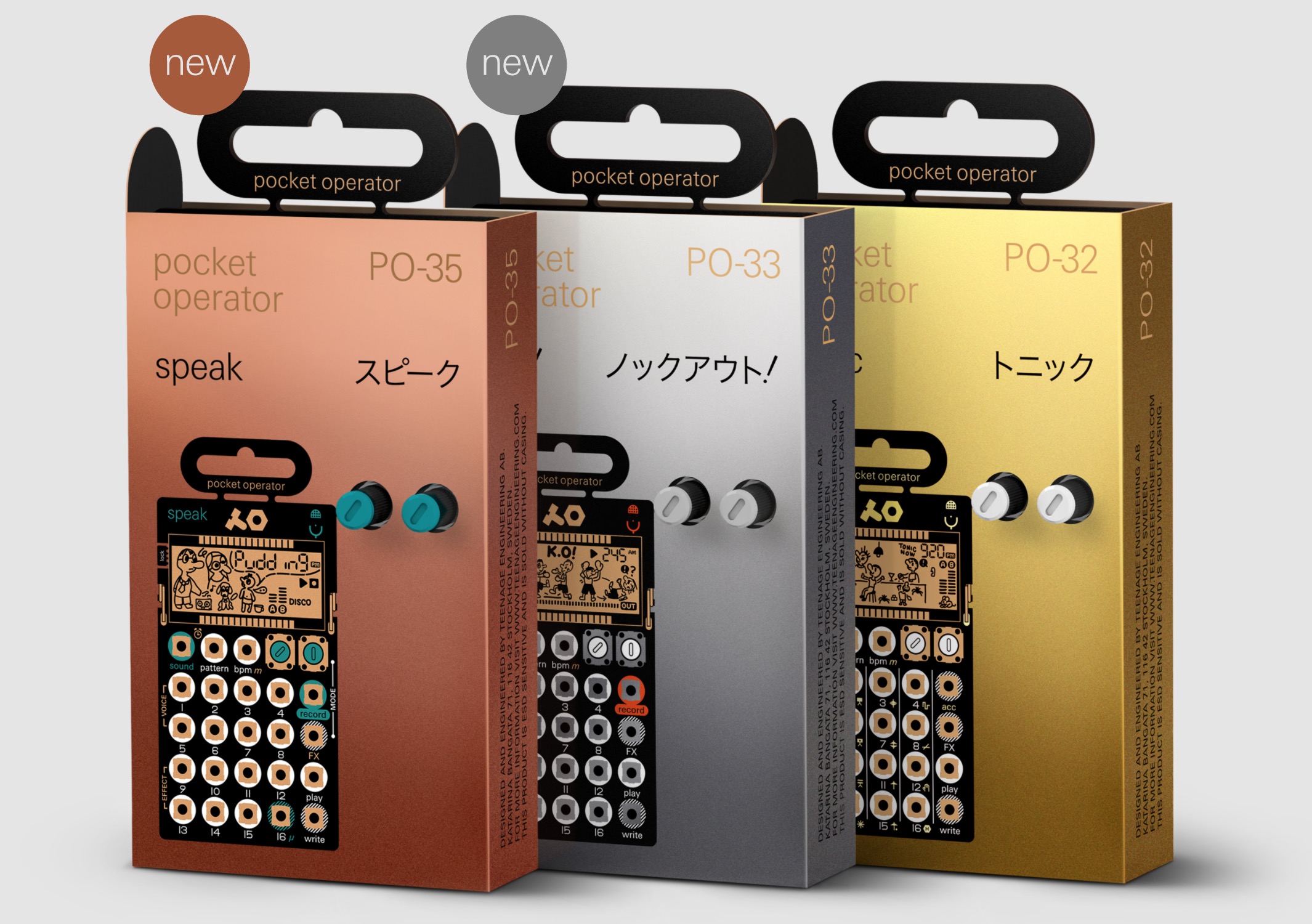 We’ve been massive fans of Teenage Engineering’s affordable pocket-sized synthesizers since their debut. The company has added new, more capable models over the last couple of years, too, adding more sounds to individual units and import/export capabilities. They’ve always come in at an impulse-friendly $60, though, until now. The new additions to the metal series — the PO-33 K.O! sampler and the PO-35 vocal sampler — not only comes in silver and copper, but they now cost a less-budget conscious $90.

The two new metal synths complement the existing gold-colored PO-32 drum machine for a trio of synthy goodness. The PO-35 speak voice synth and sequencer has a microphone for sampling anything you like, 120 seconds of memory for those samples, eight voice characters and the same number of effects, will let you transpose and change the scale of your sequences and includes replaceable drum sounds that you can buy separately. The PO-33 K.O! micro sampler has 40 seconds of memory, a built-in mic, eight slots for melodic samples and eight drum slots. It includes 16 effects.

All three Pocket Operator units have a microphone, sequencer, parameter locks, a built-in speaker and 3.5mm audio jack, jam sync to connect and use multiple devices, an animated LCD screen, a folding stand, a breakaway lock tab, and a clock and alarm. They’re all powered by two AAA batteries that should last you a month with a two-year standby time. The new $90 units are available for order now, with a shipping date of February 7th. You can also pick up all three in a bundle with cases and mini cables for $319.

from Engadget http://engt.co/2rFBwTL
via IFTTT