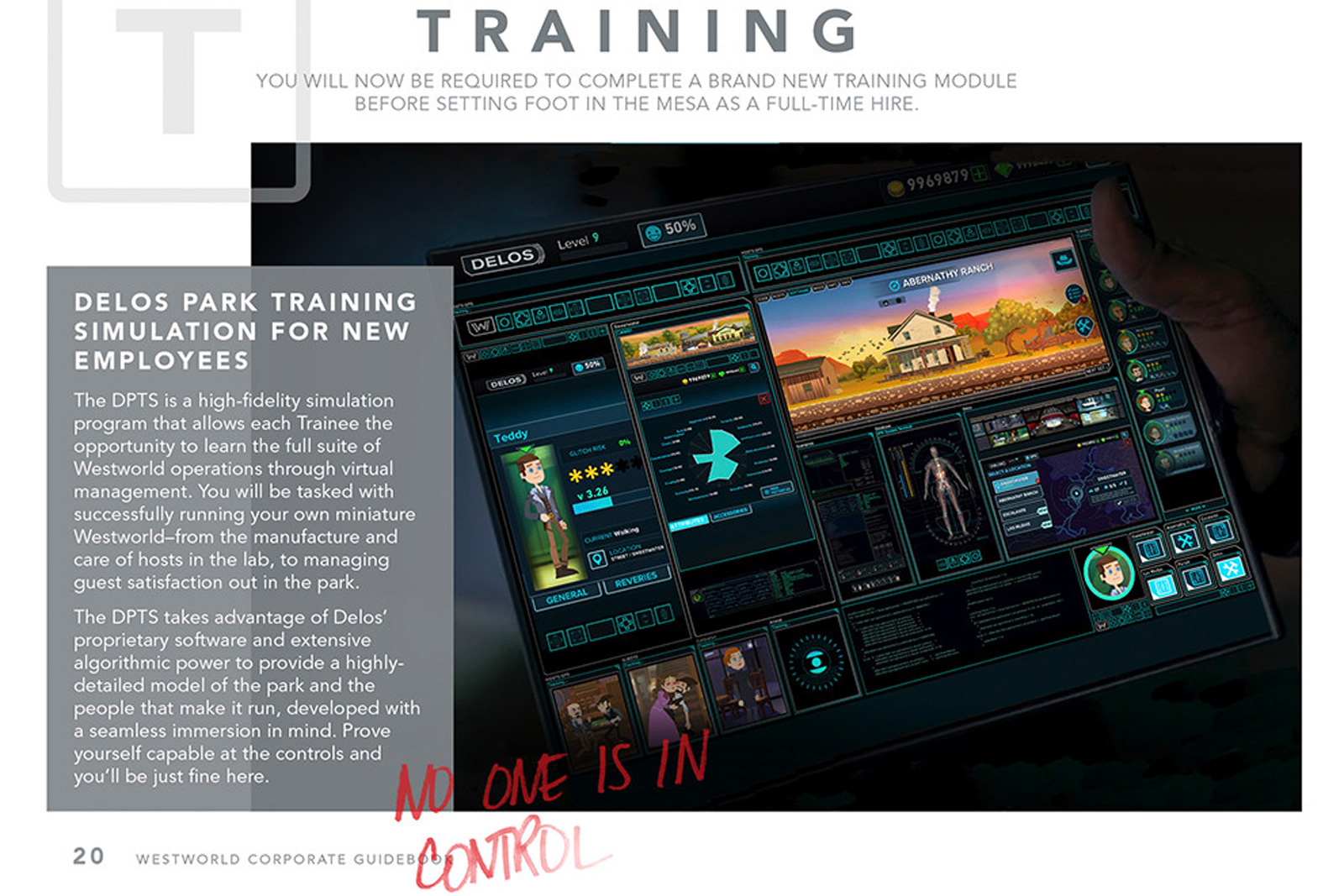 HBO’s version of Westworld seems tailor-made for a video game: it’s a fully-realized robot theme park with plenty of opportunities for disaster. And sure enough, you’re about to get one. In the wake of a teaser on the website of the show’s fictitious Delos Incorporated, Warner Bros. Interactive Entertainment has confirmed to Engadget that a mobile game is in development. It’s not saying much about the mechanics of the game itself, but it’s working with Dead by Daylight developer Behavior Interactive and the TV series’ Kilter Films. The title is "currently being tested in limited release," a spokesperson said.

The teaser itself may offer enough clues as it is. It describes a "Delos Park Training Simulation" that has you managing a "miniature Westworld," ranging from creating and caring for hosts (i.e. robots) to "managing guest satisfaction." Naturally, you can expect problems with robots that don’t follow the program — just hope that your park doesn’t fare as badly as the one in the show. The interface might not look exactly like that in the teaser, but it may well give you an idea of what to expect.

from Engadget http://engt.co/2DX2Ceg
via IFTTT