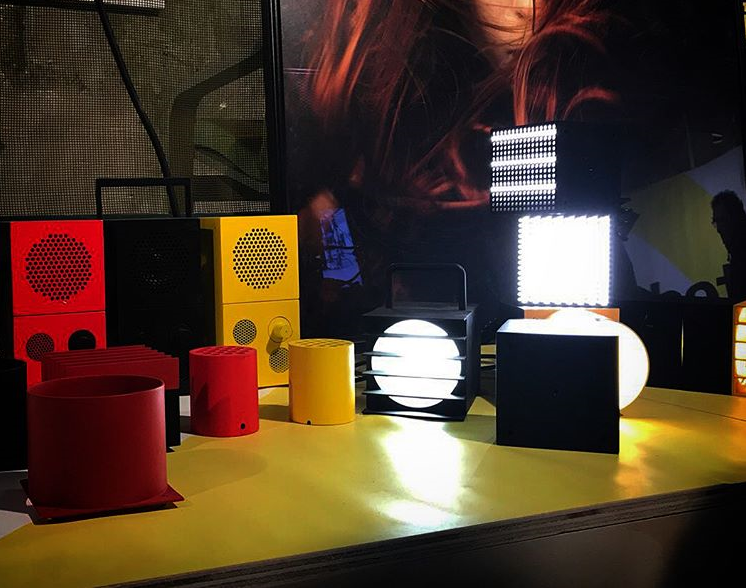 Teenage Engineering is known for its wonky-looking yet functional synths and speakers, while IKEA furniture fills college (and folks who still live like it’s college) apartments. Their powers combined has produced…some neat, boldly-colored speakers, actually. On its Instagram, Ikea just posted a sneak peek at their upcoming line of collaborated products built "so that you can host your party, wherever you may be."

From sketch to final prototype, we are checking in on #FREKVENS! Together with Jesper Kouthoofd from Teenage Engineering the aim is to create products so that you can host your party, wherever you may be. During Diseño Democrático this week we are showing the final prototypes of the collection. Love it? Share your thoughts in the comment section below! #teenageengineering #prototype #ikeatoday #diseñodemocratico #IKEAMADRIDDD

Per the photo, the new line FREKVENS (translated to "frequency") looks to include speakers, an LED box, a spotlight and, of course, speakers — all the tools needed to party. That might not be everything: When IKEA first announced the line last June, the company mentioned it would include an electronic choir, vinyl player, party lighting "and everything else you need in order to throw a really good music party wherever you are."

Their ideal use case? Drop by IKEA for dinner party supplies and add some go-anywhere party gear to your cart.

"When you are younger you usually come up with the idea of a party the same day and I think a lot of people use IKEA that way. ‘I’m going to have a party, I need some glasses, napkins, candles and stuff and will go to IKEA to get it.’ For us, it is about finding a reason to make and play some music. Thinking about the totality of what you need for a party is a good start", Teenage Engineering CEO and head of design Jesper Kouthoofd said in an Ikea blog post back in September.

Sadly, you’ll have to wait ’til next year to bring the party: The FREKVENS line is slated to arrive in IKEA stores in February 2019.

from Engadget http://engt.co/2CzGySc
via IFTTT