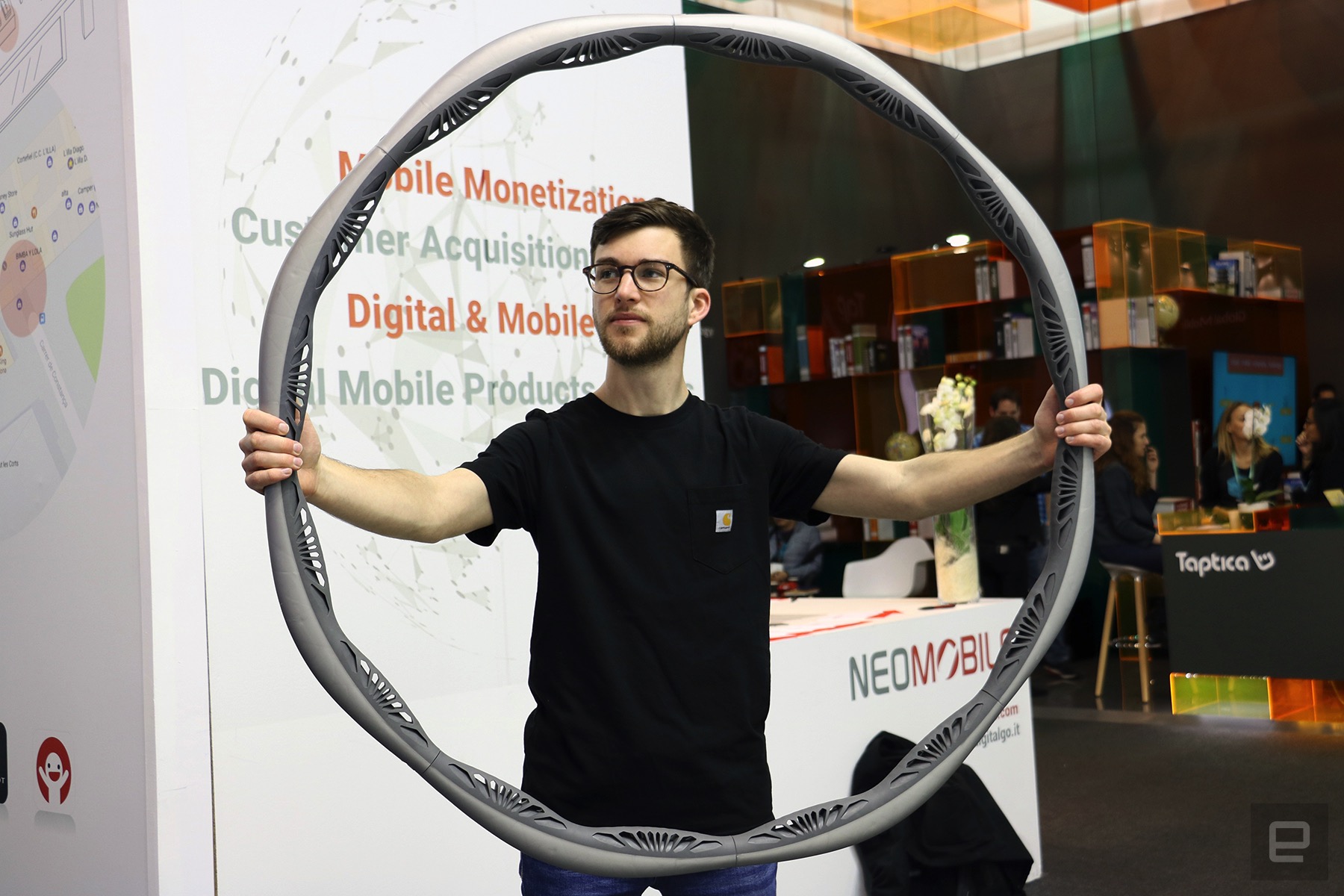 It’s been roughly 20 years since I picked up a hula hoop and wiggled my waist with the elegance of, well, a technology journalist with zero coordination. But here I am, in the middle of Mobile World Congress, shaking my booty while a dozen or so attendees look on with a mixture of amusement and befuddlement. I’m trying out the Vhoop, a chunky ring with an embedded motion sensor that tracks your workouts in real-time. They’re sent via Bluetooth to a companion app that lists your clockwise and counter-clockwise revolutions, calories burned and workout duration. 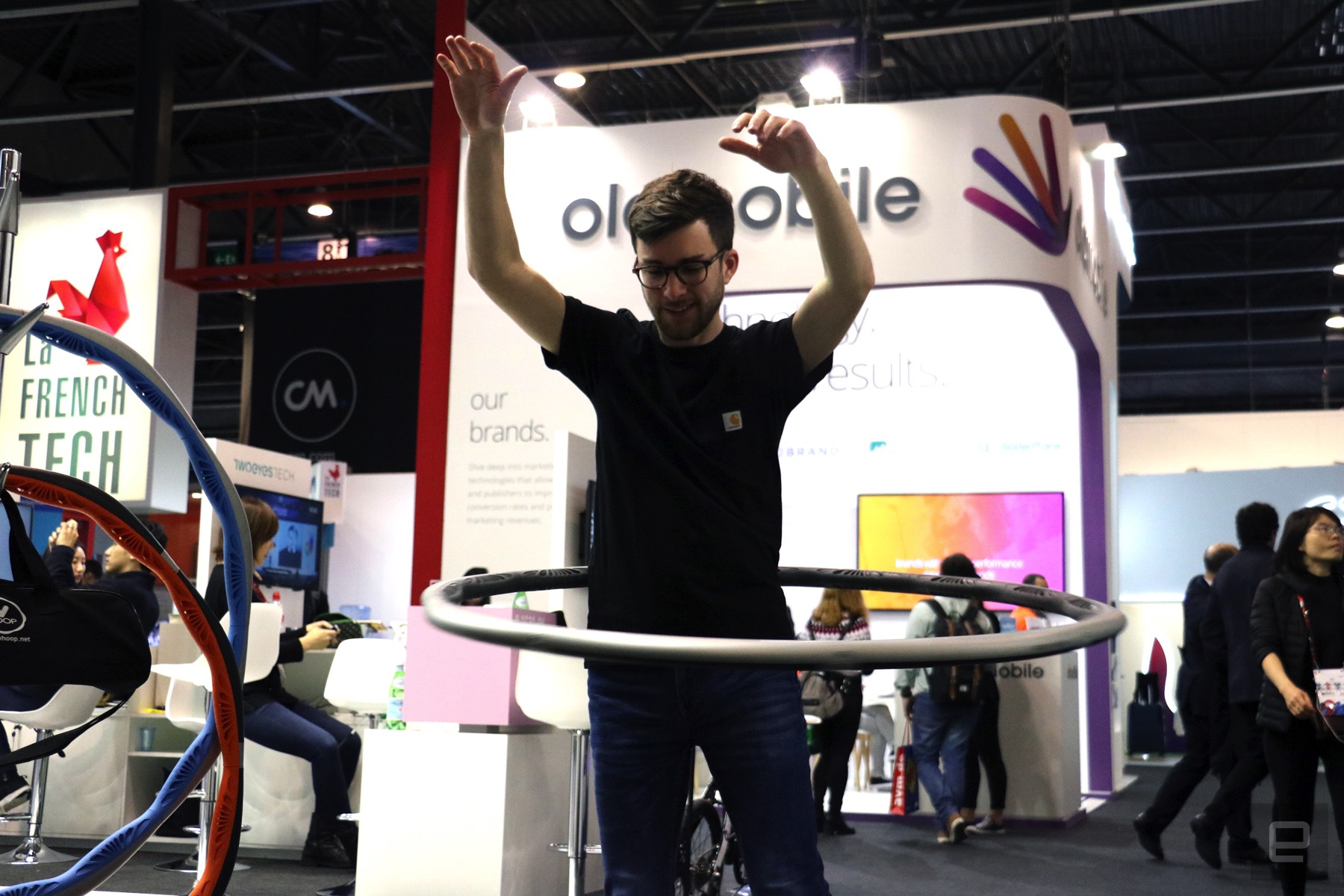 I used the hula hoop for a good few minutes and everything worked as promised. The final version of the app will include leaderboards — if you fancy racing your friends in the park, or competing with the world from the comfort of your living room — a detailed history section, trophies and push notification reminders. The hoop itself is a sturdy contraption, comprising of a polypropylene outer shell and rubbery elastomer inner. I didn’t feel any discomfort while hooping, though that might be because I could only manage 20 or so revolutions before the ring fell dramatically to the floor.

The Vhoop weighs three and a half pounds and lasts 15 hours on a single charge. It’s also waterproof, and can be broken down into eight pieces for easy storage and transportation. If you’re looking for a challenge, the hoop comes with coin-like weights that slip inside the various segments. I can see the appeal, though $120 seems a little steep for a casual fitness tracker. The data is undeniably useful — like a pedometer, it’s an easy way to monitor your progress and set new goals — but ultimately, you can do the same thing by watching the hoop and keeping count the traditional way. 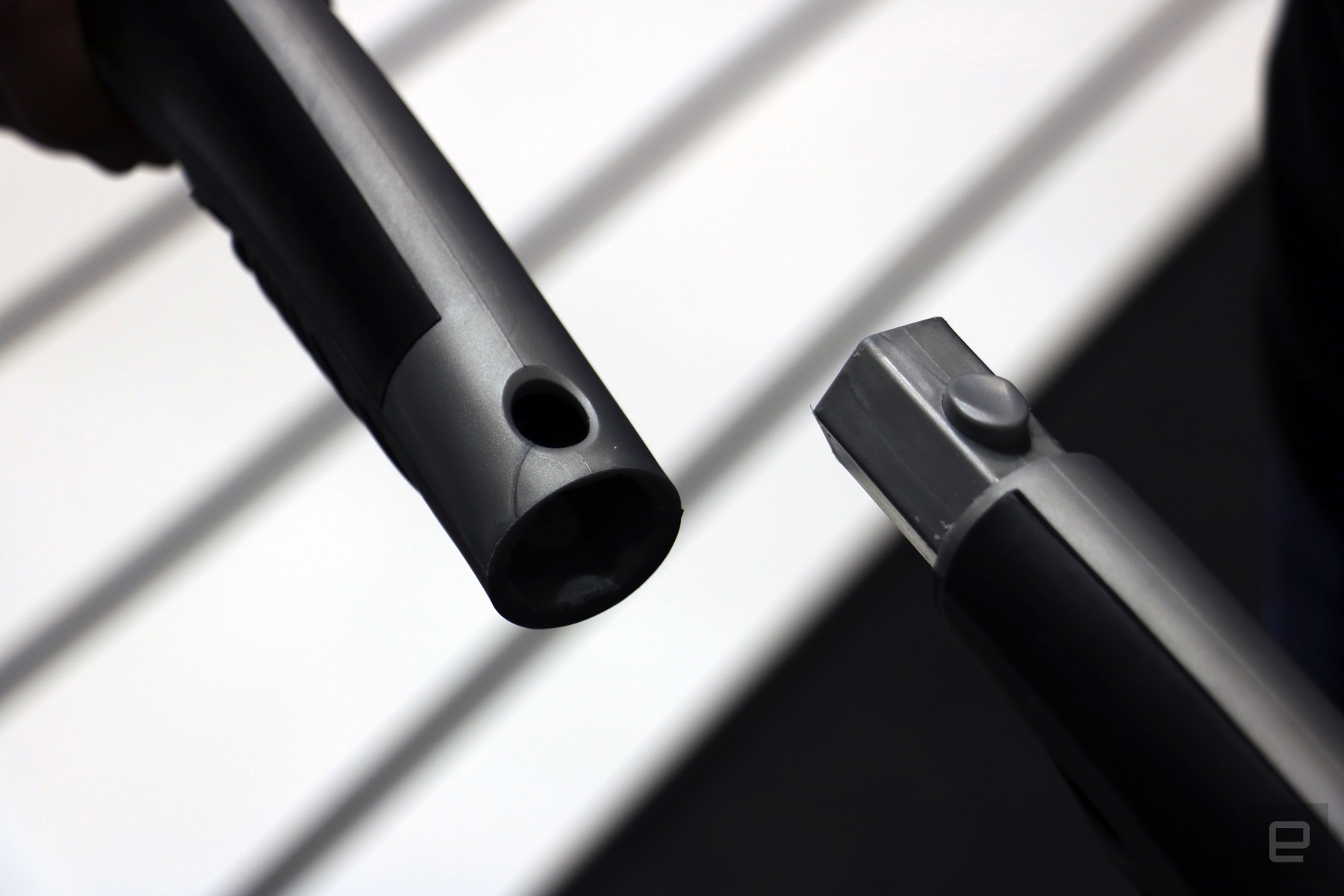 The Vhoop was pitched on Kickstarter last July and raised $14,290 from 141 backers. A few months later, the team launched an open-ended pre-order campaign on Indiegogo — at the time of writing it’s made $15,176. I was told by a company spokesperson that the first units will ship in April, but of course that doesn’t guarantee the Vhoop will ever see the light of day. The version I tried seemed ready for store shelves, but as with all Kickstarter projects — it’s best to be a little skeptical. Now excuse me while I try to crack my all-time hula hooping high of 25 clockwise revolutions…

Catch up on the latest news from MWC 2018 right here.

from Engadget http://engt.co/2FGGdjC
via IFTTT