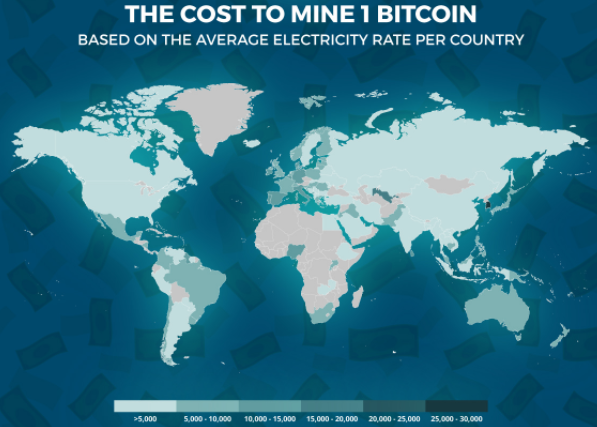 When it comes to mining cryptocurrencies, electricity is everything – or at least plays a major role. The more rigs you set up, the pricier it gets and the more electricity is consumed.

by Elite Fixtures on 115 countries based on their average electricity rates show that in Venezuela, the cost for mining one Bitcoin is $531. It is the only country of those studied which has a triple-digit cost.

That owes to the fact to its heavily subsidised electricity prices. Meanwhile, the most expensive country for mining a single Bitcoin is South Korea – which costs a whopping $26,170, more than double the price of one Bitcoin based on current market price.

When it comes to mining, where you reside or where your mining rig is actually does factor into your profitability – which is why many “mining farms” are

to areas with low electricity rates.

Here’s the full list of the results from the study: 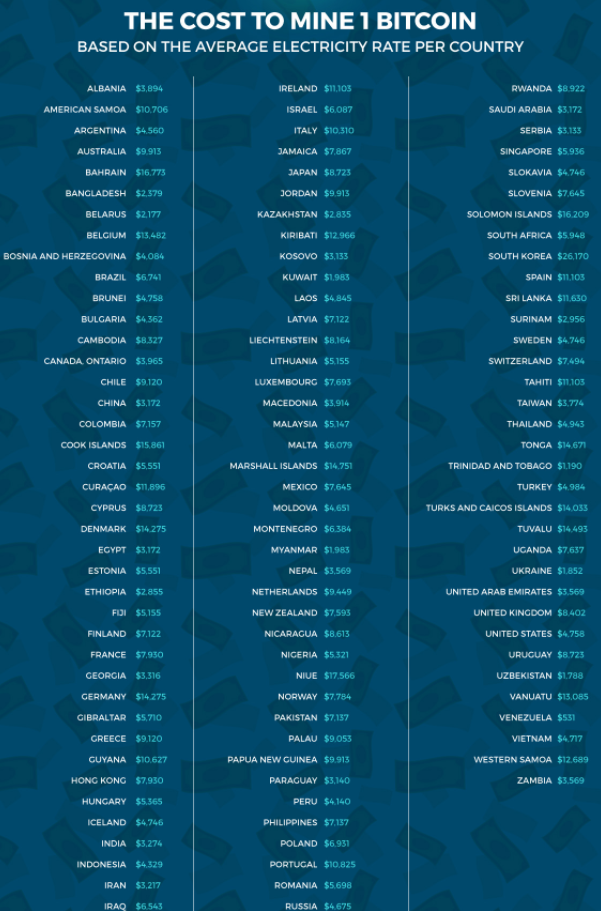