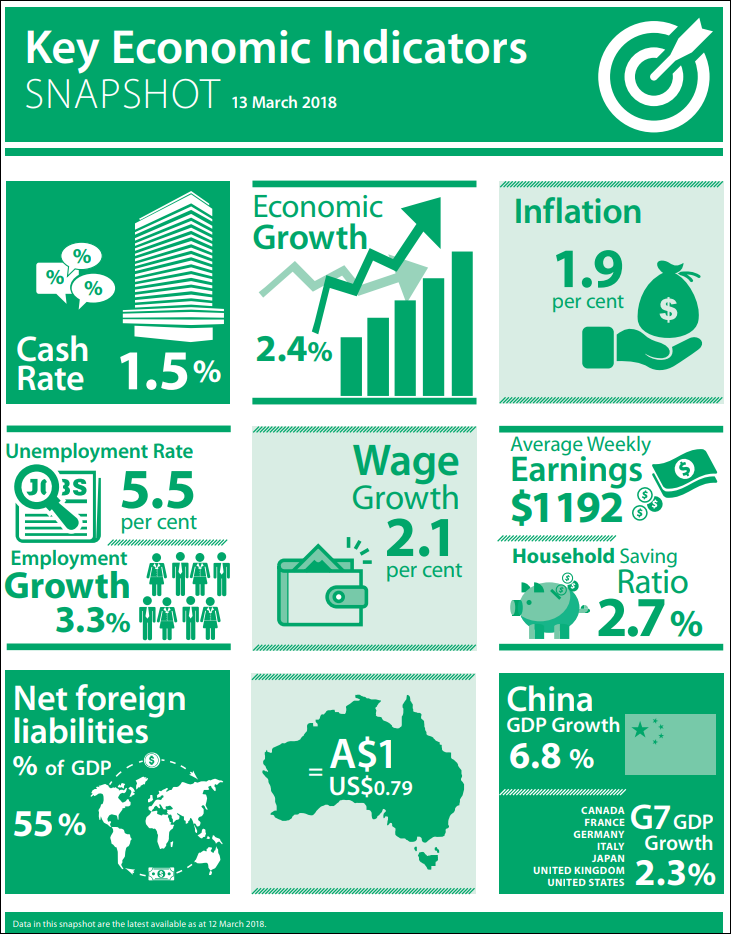 The Reserve Bank of Australia released a snapshot of key indicators pertaining to the Australian economy, as at 12 March 2018 data

Despite all the green in the snapshot, it doesn’t take away the fact that the household saving ratio remains at just 2.7%. It’s something that I highlighted

as well after the GDP report last week.

The RBA has been constantly focusing on the risk that household debt/consumption poses, and this is as good an indicator as you will get to gauge that. The ratio has declined over the last three years, and shows that while savings continue to grow, it is at a much slower pace than in the past and that means consumers are getting more and more constrained.

Add to the fact that the majority of household expenditure are on items such as insurance, vehicles, and utilities – pretty much all staples and necessities – rather than luxury items, it goes to show that there isn’t much spare change by the consumer to actually help boost the economy further – and that is rather concerning.