“Enjoy a light, social high” says the funky bottle of California Dreamin’ cannabis-infused sparkling pomegranate juice. Launching today at Y Combinator Demo Day, California Dreamin’ is serving up an alcohol alternative that still gets you lit, but without the same hangover or health issues.

Each bottle contains 10 milligrams of THC — an industry standard dose of the psychoactive chemical in marijuana. The company only uses sativa, the more energizing, euphoric type of pot, compared to the more body relaxing Indica variety. That’s compared to some competing marijuana beverages with as much as 100mg — enough that a single sip will get you high and bottle will lay out all but the hardiest stoners. “We want it to be a light, head high feel” says Seven Cities Beverage Company aka California Dreamin’ co-founder Amy Ludlum. “We don’t want to give anyone couch lock. We want it to be social.” 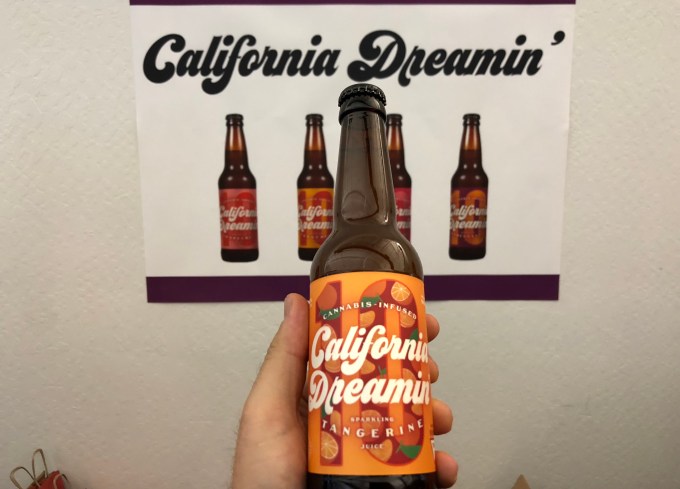 Meanwhile, the taste marries fruity sweetness with a hint of earthy plant life complexity that will titillate long-time cannabis fans. Bottles come in other flavors like tangerine, grapefruit, and cranberry apple, and will retail for about $8 to $10 each. Cases are rolling out to recreational dispensaries in San Francisco like The Barbary Coast over the next week.

California Dreamin’ has succeeded in creating a beverage with the light-hearted brand, logical dosage, and agreeable taste to be something you can drink casually and socially, not just when you want to get ridiculously high. That makes it a better alternative or complement to drinking alcohol. It’s certainly not for everyone. Paranoia, anxiety, and post-high grogginess are all common side-effects of sativa, and you shouldn’t drive while blazed. But there are plenty of people who want an option to unwind that doesn’t involve a literal poison, or smoking a burning plant that can hurt your lungs. 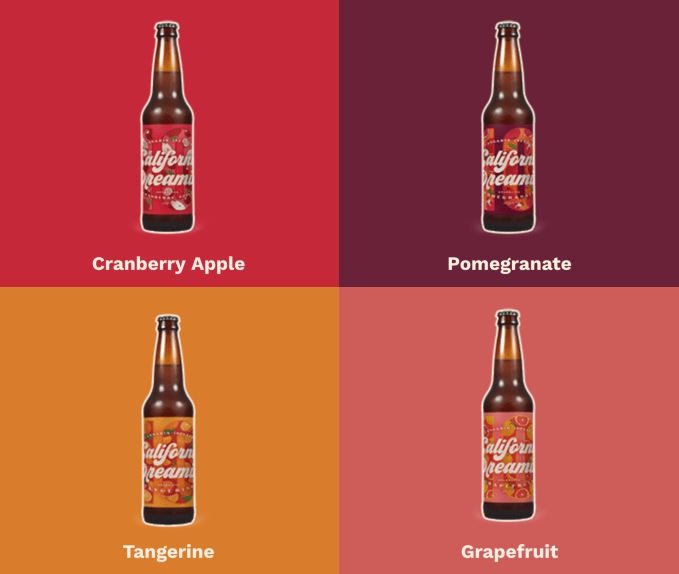 The only problem is that California and other states with legal recreational marijuana ban the sale of anything cannabis related anywhere that serves alcohol. That means you aren’t likely to see California Dreamin’ in a bar any time soon, but you could throw a pretty fun backyard barbecue. But with 1 million medical marijuana users out of 28 million California adults, and with over half of the voting population supporting cannabis legalization, there’s plenty of room to build a brand in this space.

Inebriation is America’s true national pastime. You could see it as people just seeking an escape from daily troubles, but it’s also a way to shift our thinking to get a new perspective on the world. Considering how much we pay for entertainment that’s merely stimulus we filter through our perception, $10 to pleasantly alter that perception is not a half-baked idea.

from TechCrunch http://tcrn.ch/2GKMICC
via IFTTT