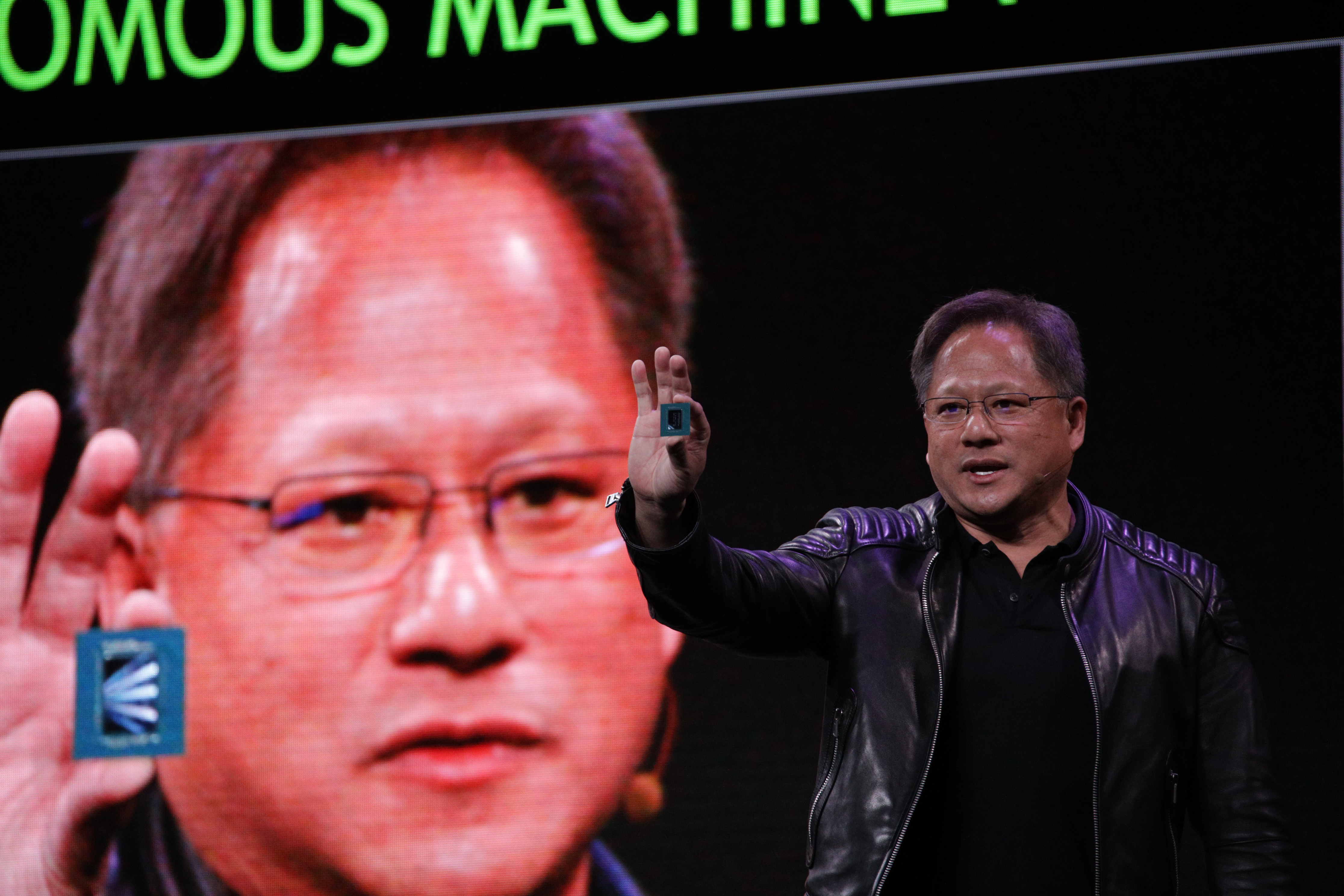 It’s about making the lives of scientists and researchers easier, Jensen Huang, CEO and co-founder of Nvidia tells TechCrunch. He’s speaking of the keynote address he intends to give at the company’s upcoming GTC conference. Held in San Jose, miles away from the company’s new imposing headquarters, Nvidia is set to host thousands of attendees from the world’s top artificial intelligence, automotive and gaming companies. To Huang, his address needs to inspire and entertain. That should be easy. He’s naturally inspiring and entertaining.

Huang has risen to the elite among Silicon Valley’s visionary leaders. Scores of reports show Nvidia employees love working for him and his addresses are often technical yet accessible. He commands an audience through his passion for the technology his company is creating.

He’s been at the helm of Nvidia since co-founding the company at age 30 in 1993 and has led Nvidia from the maker of computer graphics cards to become the premier platform for artificial intelligence and machine learning. This positions Nvidia at the forefront as the computing industry contemplates a fundamental shift in processing.

In 2008 and 2009 researchers started using GPUs made by Nvidia and AMD to handle work typically performed by microprocessors. The parallel computing processors built into graphics cards made by these two companies offered distinct advantages over the X86 platform championed by Intel. At the time Nvidia was pushing hard into mobile and computing graphics, but several years earlier the company started heavily investing in designing graphics chips to handle non-graphical functions. The industry noticed, and Nvidia made a play for supercomputers.

Now, nearly ten years later, Nvidia’s products are among the fastest and most efficient supercomputing platforms available. Nvidia is set to, literally, power the computing world.

“We’ve been pioneering this computing approach called GPU computing for over the last decade,” Jensen said. “Over the last seven or eight years, it really went into turbo charge because the model is perfect for artificial intelligence.”

He explained that Nvidia watched the GTC conference explode in popularity with over 22,000 attendees last year. Because of this, at this year’s show, he says, every major artificial intelligence and car company will be there along with every major university. In short, this show has become the largest gathering of machine learning researchers and technologists.

The show, like most company-sponsored events, is primarily to demonstrate the capabilities of Nvidia’s platforms, most of which are aimed at machine learning. With this comes developments in self-driving cars, robotics and, of course, computer graphics. Jensen stressed, in the end, Nvidia is a computer tools company, and he hopes to inspire developers with new tools and by tapping into discoveries made by other researchers.

Nvidia is soaring right now, and there’s a lot to celebrate. Its stock is hovering around its all-time high of $242 up from the mid-teens in 2009, the year of the first GTC conference. The company’s value of $141 billion surpassed IBM’s and is sneaking up on Oracle and Cisco. Even with increasing competition, Nvidia is managing to hold onto its considerable GPU, but supply issues continue to challenge Nvidia.

Operators of distributed ledgers and cryptocurrency mining efforts favor the parallel processing found in GPUs and Nvidia’s products are among the most popular in this market. This popularity has created a significant shortage of graphics cards resulting in developers and gamers often being unable to purchase the latest product from Nvidia. I asked Huang about this supply problem.

“We’re sold out of many of our high-end SKUs, and so it’s a real challenge keeping [graphic cards] in the marketplace for games,” he said, adding “At the highest level the way to think about that is because of the philosophy of cryptocurrency — which is really about taking advantage of distributed high-performance computing — there are supercomputers in the hands of almost everybody in the world so that no singular force or entity that can control the currency.”

It’s about distributed control, he said, and touted the notion that Nvidia GPUs are the world’s largest installed base of distributed computers, though he still attributes crypto’s demands as a small percentage of Nvidia’s overall business.

“This still doesn’t change the fact that I’m frustrated so many developers and gamers around the world cannot get access to their GeForces,” Huang said.

So what is he going to do about it? “We have to build a whole lot more,” he said. “The video supply chain is working really hard, and you know all of our partners are working around the clock. We’ve got to come closer to the demand of the market. And right now, we’re not anywhere near close to that and so we’re just going to have to keep running.”

“It’s a good problem to have,” Huang said in a more upbeat tone. “I still wish that we can put more GPUs in the hands of gamers that want to play PUBG.”

And Huang has every reason to be upbeat. His company is racing towards a conclusion that could result in the most significant paradigm shift in computing in decades. Parallel processing units will likely power advanced artificial intelligence which is key to self-driving cars and significant research products in healthcare, climate, and next-generation transportation.

Challenges abound, and the future isn’t guaranteed for Nvidia. The company has to keep pushing deeper into critical markets, get ahead of supply issues and keep courting developers and researchers onto its platforms — but those are issues for another day. On the eve of GTC 2019 Jensen Huang seems to have a more immediate goal: deliver a rousing keynote address.

Editor’s note: Portions of this interview were edited for clarity.

from TechCrunch https://tcrn.ch/2umADRu
via IFTTT