If you’ve used your credit card today or yesterday, you may have noticed that you no longer need to take the extra 10 seconds to scribble an illegible signature on your receipt.

Beginning this month, major credit card issuers, including Visa, American Express, Mastercard and Discover, will no longer require signatures when you buy something.

This has been in the works since companies began issuing cards with EMV chips, but it’s been a slow process to get to this point. CreditCards.com notes that the U.S. is behind many other countries in adopting this payment standard. It’s being done to speed up and simplify the checkout process.

It’s also a reflection that requiring signatures is no longer the best way to combat fraud. “Our fraud capabilities have advanced so that signatures are no longer necessary,” said Jaromir Divilek, American Express’s Executive Vice President of Global Network Business, in a press release.

“It’s worth pointing out how little protection the signatures actually provided. How often does the merchant check the signature to make sure it matches?” ValuePenguin credit card expert Robert Harrow said in an interview with Mic. “These chips are pretty complex, they’re encrypted, they make credit cards much harder to skim through credit card skimmers.”

The proliferation of contactless payment systems (including Apple Pay) around the world is also a factor.

Here’s what to keep in mind now.

New Scams Are on the Horizon

Scammers are an industrious bunch, and sooner or later they’ll learn how to crack the new security measures.

According to CreditCards.com, that includes something called “shimming,” in which fraudsters “secretly insert a shimmer, a paper-thin, card-size shim containing an embedded microchip and flash storage into the ‘dip and wait’ card slot.” It can then collect your credit or debit card’s EMV info.

Protect yourself by using the contactless tap-and-go feature rather than swiping or inserting your card, or using something like Apple or Samsung Pay, which are much safer than other types of payments.

Additionally, see a teller when possible (instead of using an ATM), and “don’t proceed with a transaction if your card encounters resistance when it is inserted.” The machine could be compromised.

Use Credit Instead of Debit

As long as you pay off your card each month, try using credit over debit for its enhanced fraud protections. With credit, the money isn’t “gone” until you actually pay your bill, and you have more time to report the fraudulent transactions, should it happen. With a debit card, it takes longer to get money returned to you once it’s already been spent.

That includes connecting a credit card to your virtual wallet rather than a debit card.

And set up text alerts and other notifications when your cards are used. EMV cards are safer than older cards and signatures, but you still want to be proactive with your financial security.

from Lifehacker http://bit.ly/2Imku0l
via IFTTT

People often have strong opinions about how they drink their soda. Some people prefer it in a can, others prefer a glass or plastic bottle. While soda companies claim that the recipe doesn’t change, there are a few factors that might affect the way you taste a soda depending on the container. Following is a transcript of the video.

Cans are significantly better than bottles.

I think bottled probably tastes the best to me.

A can keeps it colder.

I prefer a glass bottled soda.

Narrator: But does the container really affect the flavor? Soda companies claim to use the same proportion of ingredients. A company spokesperson for Coca-Cola told us that Coca-Cola uses the same recipe regardless of the package type, and that it’s best enjoyed ice cold. But there are a few factors that could still affect the way you taste it.

First, let’s take a look at the ingredients in the containers. Glass bottles are pretty basic and contain no other chemical ingredients besides the glass, so there’s nothing in it that could really change the taste.

Cans are typically aluminum, lined on the inside with a polymer that can contain BPA or Bishphenol A.

Rick Sachleben, a retired chemist with the American Chemical Society, says this has little effect on the taste. –

Rick Sachleben: The amount of that material that would get into the contents of a container are so low I don’t think it would have any effect on the flavor.

Narrator: This lining protects the taste of the soda and keeps it from being contaminated by the metal.

Sachleben: The likelihood of having a break in that lacquer coating, that plastic coating, and exposing the contents to the metal are pretty, pretty low.

Narrator: So where is this sensation coming from?

Sachleben: Your tongue is very sensitive to metal. The one time when the product is exposed to the metal itself is when the can’s opened. You put your tongue on a metal can it’s entirely possible, especially people who are sensitive to it, there would be just enough to come off to change the way things tasted on their tongue.

Narrator: Plastic bottles are typically made with PET, or Polyethylene terephthalate. While both cans and plastic bottles contain chemicals you probably wouldn’t want to consume in large quantities, they are perfectly safe to drink out of.

Sachleben: All containers that they use, glass, plastic, metal, have been extensively tested for what will leech into the liquid that’s put in them.

Narrator: The FDA also regulates the amount of contaminants allowed in drinks to make sure they’re safe. But humans have been known to detect even minute amounts of contaminants according to Christy Spackman, a researcher at Harvey Mudd College, who studies taste.

Narrator: So while unlikely, it’s possible that even the slightest bit of contamination might affect the taste for some. Now let’s take a look at carbonation. Humans taste carbonation using the same taste receptors that recognize sour foods according to a 2009 study by Science Magazine, and we can also detect carbonation from soda in another way.

Sachleben: When you drink it you get two things going on: one is you get that tingly thing from the bubbles, but you also get that carbon dioxide going up in your nose; it carries the other flavors into your nose as well.

Narrator: So carbonation levels can affect the taste, but how can the CO2 levels change based on the packaging?

Spackman: So carbonation can slowly, potentially, leak out of a plastic bottle in a way it can’t leak out of a glass bottle. That’s assuming they’ve both been appropriately filled.

Sachleben: The structure of the glass is pretty tight, okay? It’s like a really tight mesh rather than a loose mesh. The diffusion rates through glass are really, really slow. And in metal it’s the same thing.

Narrator: But most bottles are typically designed to prevent CO2 from escaping quickly.

Narrator: And if the container is warm more CO2 will be released when you open it making the soda taste flat.

Spackman: Light can also affect flavor, assuming the bottle does not contain any light protective layers. –

Narrator: Light can cause chemical reactions to occur, and some of the substances in there may change some of the flavor compounds.

Sachleben: A lot of the flavor compounds are really subtle molecules; they’re the sort of things that can really a little change can change their flavor a lot.

Narrator: So how a soda is stored can prevent any rapid alteration in taste.

Spackman: So something that’s bottled in glass and stored away from light is going to have a flavor profile that can last much longer, and also carbonation levels that will stay consistent much longer, than something in plastic.

Narrator: But there’s also more to taste than what happens on a molecular level. Spackman says experience can also affect the way we taste. People who drink Diet Coke a lot, every day for example, might be able to tell a difference more than someone else.

Spackman: So they have a sensory awareness just because their memory is so constantly being refreshed about what sensory experience is like.

Sachleben: It’s really hard to separate the objective and subjective sides to taste. What we can taste sometimes is as much affected by what we expect as what’s actually there.

Narrator: So soda drinkers aren’t likely to change their habits any time soon.

from SAI https://read.bi/2pZr4Cz
via IFTTT

As this chart by Statista shows, the leading source of revenue within the music industry are streaming services like Spotify, Apple and Amazon. The streaming music business generated more than $4 billion in revenue last year, and its share of the music industry’s revenue keeps growing. The study, which was conducted by the Recording Industry Association of America, is an auspicious sign for Spotify, which has pioneered the music subscription model over the past few years. NOW WATCH: The best and worst features of the Samsung Galaxy S9

from SAI https://read.bi/2GtWb4o
via IFTTT 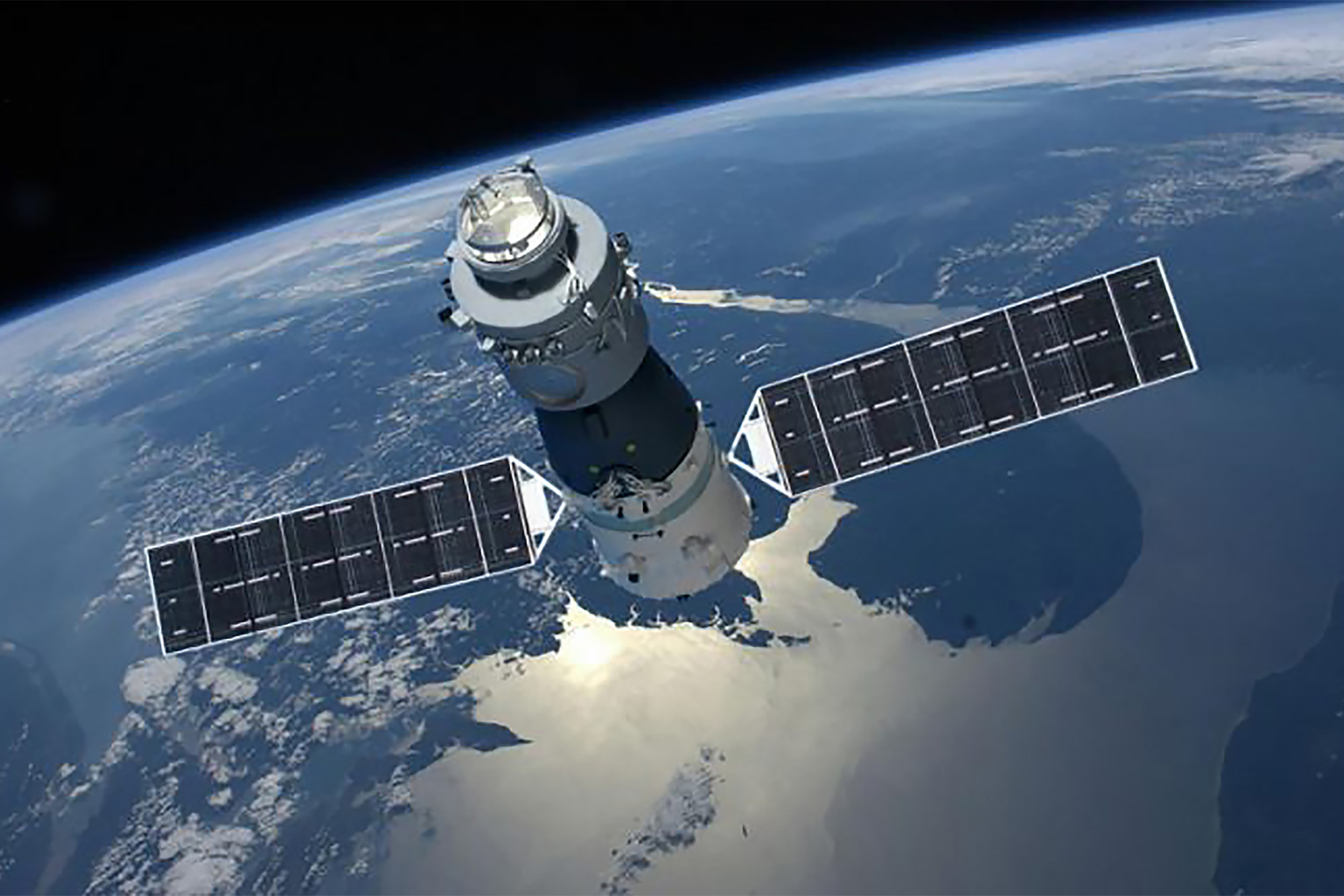 China’s Tiangong-1 has met its fiery end. The out-of-control space station plummeted through the Earth’s atmosphere at roughly 7:15pm ET on Sunday evening, as expected. Most of Tiangong-1 was destroyed during re-entry, however parts crash-landed somewhere over the South Pacific Ocean. Speaking to Reuters, astrophysicist Brad Tuckers estimated that 10 percent, or 700 to 800KG may have made it to the Earth’s surface. "Most likely the debris is in the ocean, and even if people stumbled over it, it would just look like rubbish and be spread over a huge area," he said.

Tiangong-1’s demise was confirmed by the China Manned Space Engineering Office and separately by US Strategic Command, with help from "counterparts in Australia, Canada, France, Germany, Italy, Japan, South Korea and the United Kingdom." The event was largely publicised due to misplaced fear that the craft could land on a heavily populated city or town. In truth, this was always highly unlikely — the Earth is mostly ocean, and humanity occupies a relatively small part of the green bits. Still, a human collision was possible, and Tiangong-1’s large size (it was 10.4 metres long and weighed 18,740 pounds) was an understandable concern.

The space craft, known as "Heavenly Palace 1," was launched in 2011 as a testbed for orbiting and docking experiments. Two astronaut crews visited the station using Shenzhou capsules in 2012 and 2013; the first mission included Liu Yang, the first Chinese woman in space. China’s long-term plan is to have a larger, modular station in orbit by 2023, and originally planned to decommission Tiangong-1 by 2013. That didn’t happen, however — possibly because Tiangong-2 wasn’t ready — and in 2016, the country’s space agency told the UN that it had lost control of the vessel.

from Engadget https://engt.co/2uBDeHg
via IFTTT