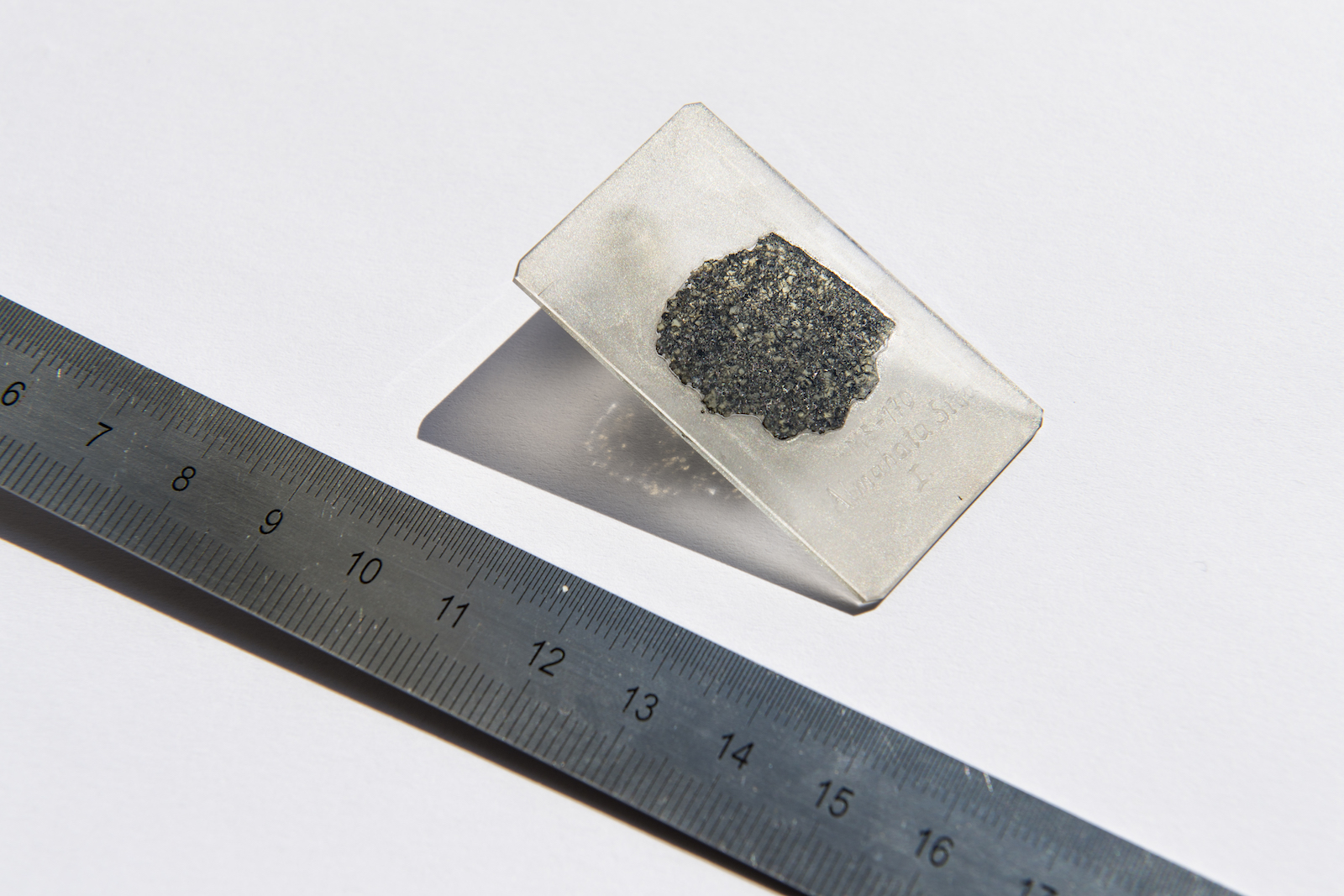 Scientists studying a meteorite fragment that fell to Earth in 2008 have found evidence that suggests it may have originated from a Mercury-sized planet that no longer exists. The makeup of a meteorite — the elements it contains, what ratios they’re in — can usually point us to where it came from, like say the moon or Mars. But there are a set of meteorites, including the one collected in 2008, that have no known origin, appearing to be from a planetary body that has since been destroyed and purged from our solar system. "These samples are coming from an era that we don’t have any access to," Farhang Nabiei, a researcher on the project, told The Washington Post.

To get a better idea of this meteorite’s history, scientists used transmission electron microscopy to study its composition and they found deposits of chromite, phosphate and iron-nickel-sulfide trapped within diamonds contained in the meteorite. And those observations gave them some clues as to how the diamonds formed. Their work was published today in Nature Communications.

Diamonds are often found in this family of meteorites, but they’re usually pretty tiny. And researchers say there are three main ways they can form — during a major collision, through the deposit of chemical vapor or through sustained high pressure and temperature, like the way diamonds form here on Earth. The size of the diamonds in this meteorite, which were larger than others’, aren’t compatible with the first two methods, meaning they likely formed through high pressure within some sort of major astronomical body. And the metal deposits found within them would likely have formed in a young planet at least the size of Mercury and maybe as large as Mars, according to the researchers.

Models have predicted that a number of protoplanets existed during the early years of our solar system and that through accretions and collisions helped form the existing terrestrial planets and some of their moons. Though there’s no way to know what exactly happened to the "lost" planet that formed these diamonds, it was likely destroyed through collisions billions of years ago. But it’s history is part of our history. "This is part of the story of how we came to be," said Nabiei.

from Engadget https://engt.co/2HzKIQA
via IFTTT