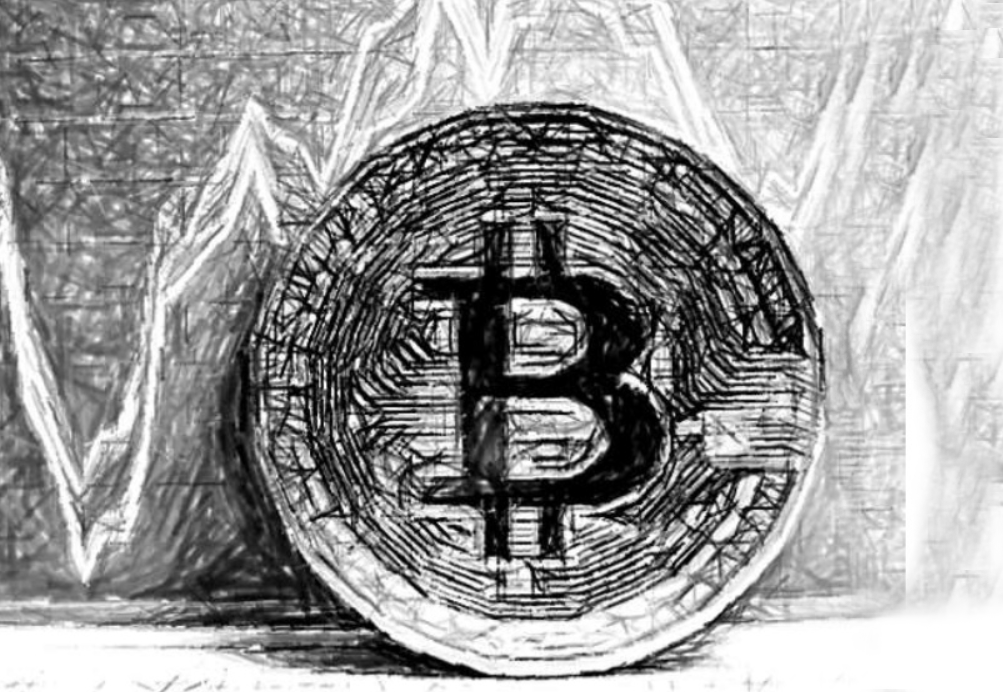 The global economy is going through a fast growing and highly disruptive stage. Innovative technologies have fostered the emergence of P2P digital platforms driven by cryptocurrencies, which are shifting the foundations of economics as we have known them to be for the past 100 years.

As corporations, organisations and governments undergo this change, most of them are not ready for the powerful disruptive waves going through the economy and society in general. Part of this revolution is based on the way we look at work and the structures supporting our current systems. Blockchain is so important, that Wired magazine stated in an article written in 2015, that the technology would lead us to the “renaissance of money.”

In this article, we will be looking at how we are swiftly embracing the cryptocurrency economy by reinventing what we see as money through blockchain, AI, and IOT.

What is Blockchain technology?

Blockchain’s inception, tends to be traced to less than a decade ago, with the invention of bitcoin.  But actually a kind of proto-blockchain was already in place in the seventies, according to Roger Wattenhofer from the Swiss Federal Institute of Technology, who further explains that its two main ingredients were:

1. Asymmetric cryptography– military grade security to store data that has yet to be hacked or broken into
2. Distributed systems-not reliant on one central computer”

In a nutshell, Blockchain enables us to:

1. Create records and record all transactions that have taken place
2. Transfer value on a peer to peer basis globally
3. Automate records and actions- thus digitising many tasks and jobs

The technology became better known in 2008  as  the distributed ledger behind Bitcoin. Fast forward to 2018, cryptocurrencies are now driving the world dynamics. Amongst many others, Bitcoin and Ether, another important cryptocurrency, take the world by storm.

The blockchain revolution will change everything. Presently, it is the second most important technology, second only to artificial intelligence (AI). Whether we like it or not, we will soon be living in a world run by cryptoeconomics.

Bitcoin, Ether, Ripple, they are all examples of  blockchain based coins, that are part of the landscape of cryptoeconomics.

Vlad Zamfir, of the Ethereum project, defines cryptoeconomics as follows:

“A formal discipline that studies protocols that govern the production, distribution and consumption of goods and services in a decentralized digital economy. Cryptoeconomics is a practical science that focuses on the design and characterization of these protocols.”

As this is happening, we are facing a lot of challenges. Many governments, including big nations such as India, remain non-committal and neutral to bitcoin and cryptocurrencies. Others, such as Japan, have embraced them and made them legal, while other governments such as Venezuela have cracked down on cryptocurrencies by rendering them illegal. Is it because governments fear that cryptocurrencies can destabilise a highly regulated financial banking system or their national currencies?

Governments’ reluctance is understandable, as the bitcoin ecosystem has been compromised in the past — the Mt. Gox scandal being a case in point. However, the bitcoin/blockchain protocol in itself has never been compromised. More than bitcoin, it is the underlying technology -blockchain- that is showing promise. Besides companies, governments are warming up to the potential of this technology across sectors.

The sector has been subject to a lot of volatility as the world tries to regulate and understand this technology. But whether we like it or not it is here to stay. 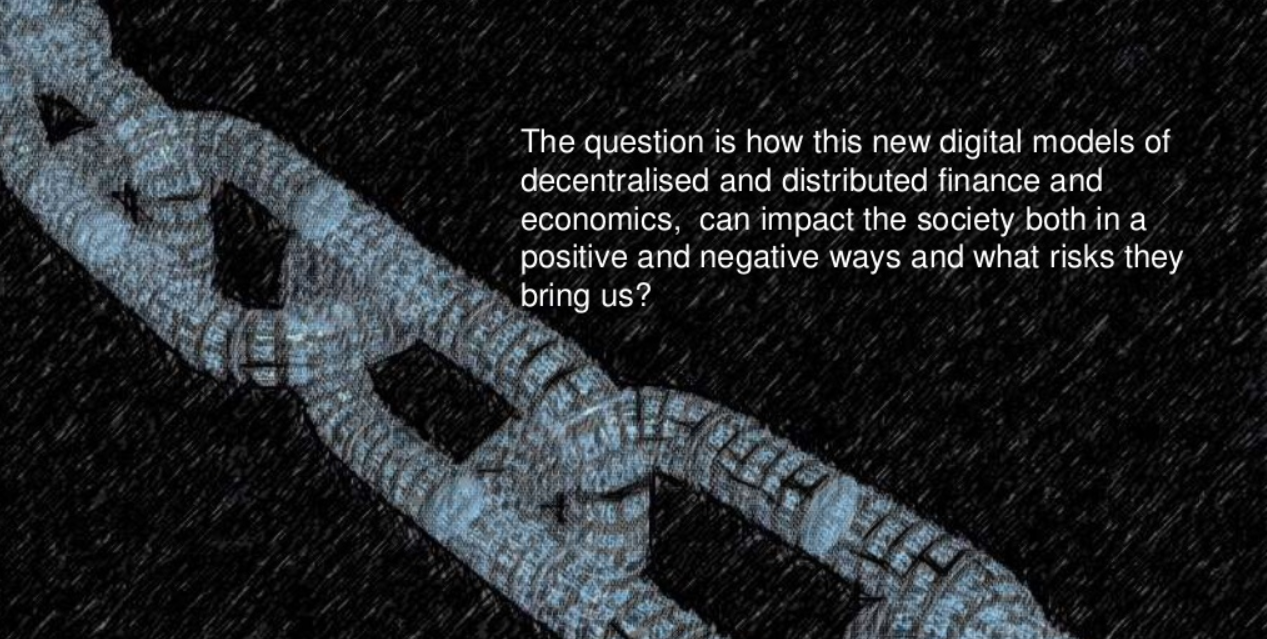 2. How Blockchain is disrupting the venture capital industry: ICOs

Venture capitalists have been investing in innovation and disruption for a very long time, but as an industry, they rarely innovate themselves. But change is in the air. Blockchain promises to disrupt the whole venture capital Industry, and some VCs are now aware of that. In an interview with influential thought leader and VC Brock Pierce he states:

“Venture capitalists have been investing in innovation and disruption for a very long time, but as an industry they rarely innovate themselves. If you’re in the blockchain or bitcoin space, our view is that we’re trying to decentralize the world, we’re trying to democratize the world in a way that creates a level playing field where everyone has equal access. Crowdfunding was the first major leap in the democratization of the world of early-stage finance. I believe the tokenization of it—what we’re doing—is the next, even larger leap. Since I’m a VC, and I believe in the concept of disruption, and of disrupting yourself—you know, someone can come and do it to my business, or I can do it to myself—I hope to put the GP/LP structure out of business. That is my goal over time.”

The democratising of the venture capital industry is certainly an welcomed innovation. What enables it is the convergence of the financial technology, with blockchain, cryptocurrencies and decentralised systems. An example of this disruption is the new trend of ICOs.

ICO stands for Initial Coin Offering. An ICO is an event in which a new blockchain project sells part of its cryptocurrency tokens to the public in exchange for money today. ICOs enable the cryptocurrency project to raise money for its operations. Most ICOs raise money in Bitcoin or other cryptocurrencies. ICOs are more and more frequent as innovators in the industry are
creating liquid venture funds, allowing access to a broader group of investors, investing in the trend of start-ups doing ICOs.

ICOs “investments” are here to stay and will be partly how startups will be financed in the future. Historically venture capital funds have only allowed elite investors in. So one merit of ICOs is they allow small investors from all over the world to participate.The crucial question is then how this will be regulated. And rather than circumventing regulations, innovators and entrepreneurs have to ask themselves: “Is this something that can be done within the rules? Can we do this compliantly?”

A few governments have tackled this question. In 2014, the Monetary Authority of Singapore gave some guidance around how to create tokens, i.e virtual currency, so we can incorporate the entity doing the ICO in Singapore.

2017 saw an explosion of ICOs and cryptocurrencies, and the crypto/blockchain community attracted a lot of attention. Recently, (June 2018) the community was hit by the announcement  by the US Securities and Exchange Commission (SEC) that bitcoin and ether are not securities, whereas many, but not all ICOs are securities and will come under the regulatory control of the SEC and relevant securities laws.

William Hinman, head of the Division of Corporation Finance at the SEC, said in a speech at the Yahoo All Markets Summit: Crypto conference in San Francisco:

What explains SEC’s decision, is the decentralised character of ether/bitcoin. According to Louise Matsakis, in  a recent article for Wired:

“In essence, when a cryptocurrency becomes sufficiently decentralized, as the widely popular bitcoin and ether have, the agency no longer views it as a security. In contrast, smaller initial coin offerings, or ICOs, are almost always securities in the SEC’s eyes. That distinction matters, because securities are subject to the same regulations as normal stocks.”

Ether and bitcoin are considered decentralized by the SEC, because they are the result of hundreds of different developers all over the place that run applications on top of the Ethereum network and/or contribute to the development of its code.  The evolution of the software relies on the concerted effort of these developers, and that means that there isn’t a visible third party upon whom investors can rely, which is very different from traditional securities, like Apple or Microsoft stock. Whereas in these companies, investments can be made on a specific company’s efforts to develop products and services and generate income that is not the case of bitcoin and ether.

But most of the smaller ICOs though, will be considered securities.These will have an impact in many industries and will certainly provoke a lot of tsunamis.

3. How an ICO works the Ethereum platform

How does an ICO works on the Ethereum platform? Through a smart contract! The Ethereum smart contract works like this. It says: “I’m investing one bitcoin, ‘let’s say it’s worth $1,000′, and at the end of the crowdsale I get $1,000 worth of that token.” So instead of having, a CFO issuing share certificates, the smart contract sends you tokens that represent the security in that same company.

Ethereum is still a prototype that will evolve, but definitely one of its main applications will be in  ICOs. At the inception of Ethereum, at the time of Ethereum’s crowd sale, you had to keep a ledger, a log, to keep track of people’s investment and manually issue them the coins. Nowadays, Ethereum is  being used frequently and successfully for doing a crowd sale and getting the tokens in the investors’ hands. Over 80% of the ICOs are happening there today, so it might become the killer platform to finance the startups of the future! 2017 and 2018 saw a lot of evolution in the ICO sector, so now, you can invest in our crowd sale using a combination of bitcoin, Ether or fiat money.

If many feel tempted to invest in ICOs, they are hold back by fear concerning lack of regulation. But contrary to what much people think, the sector is regulated, even if the regulations are changing and improving all the time, due to the speed of change of blockchain technology, which is at its infancy.

What is going on is similar to what happened in the beginning of the Internet. A lot of regulations existed prior to the Internet as well. These were not considered to be great regulations, but evidently, regulation is a living moving concept, that adapts to the needs of the moment and to the organic evolutions happening. So any one working in this sector, needs to be on top of what is new in terms of regulation.

Be innovative, be disruptive, go out there and change the world, but do it the right way. If you’re going to take risks, at least understand what they are.