While scientists have been learning more and more about our solar system and the way things work, many of our Sun’s mechanics still remain a mystery. In advance of the launch of the Parker Solar Probe, which will make contact with the Sun’s outer atmosphere, however, scientists are foreshadowing what the spacecraft might see with new discoveries. In a paper published this week in The Astrophysical Journal, scientists detected structures within the Sun’s corona, thanks to advanced image processing techniques and algorithms.

The question that this group of scientists, led by Craig DeForest from the Southwest Research Institute’s branch in Boulder, Colorado, was trying to answer was in regard to the source of solar wind. “In deep space, the solar wind is turbulent and gusty,” said DeForest in a release. “But how did it get that way? Did it leave the Sun smooth, and become turbulent as it crossed the solar system, or are the gusts telling us about the Sun itself?”

The answer lies in the outer corona of the Sun, where the solar wind originates. If the Sun causes the turbulence, then the outer corona itself should have some structure. Up until now, when scientists studied the outer corona, it appeared smooth and homogenous. The team used long-exposure images from the spacecraft STEREO-A that blocked out the star itself to look at this area. The problem was increasing the resolution of cameras that were already flying in space and couldn’t be serviced.

The answer: Use algorithms in order to process the images in various ways to enhance the clarity. By filtering out the noise from background stars, correcting for how long the shutter was open during image capture and normalizing brightness, the team was able to reduce the signal-to-noise ratio and produce clearer and crisper images. Additionally, the team ran an algorithm to reduce motion blur in real-time. They accomplished this by actually shifting their images to take the motion of the solar wind into account. “We smoothed, not just in space, not just in time, but in a moving coordinate system,” DeForest said. “That allowed us to create motion blur that was determined not by the speed of the wind, but by how rapidly the features changed in the wind.”

By taking these advanced steps, the team was able to determine that the Sun’s outer corona does indeed have a physical structure. “When we removed as much noise as possible, we realized that the corona is structured, all the way down to the optical resolution of the instrument,” DeForest said. Additionally, they also discovered that the Alfvén zone, or the area where material has traveled too far and too fast from the Sun to be recaptured, is less of clean boundary than scientists thought — it’s more of a “no man’s land” zone than a clear surface.

And finally, scientists discovered that they were struggling with their image processing starting at 10 radii from the Sun. Further in, things aligned nicely. But something is happening at that distance that researchers don’t yet understand, and it raises new questions about the nature of our Sun and what kind of physics are occurring there.

from Engadget https://engt.co/2mtv0tU
via IFTTT 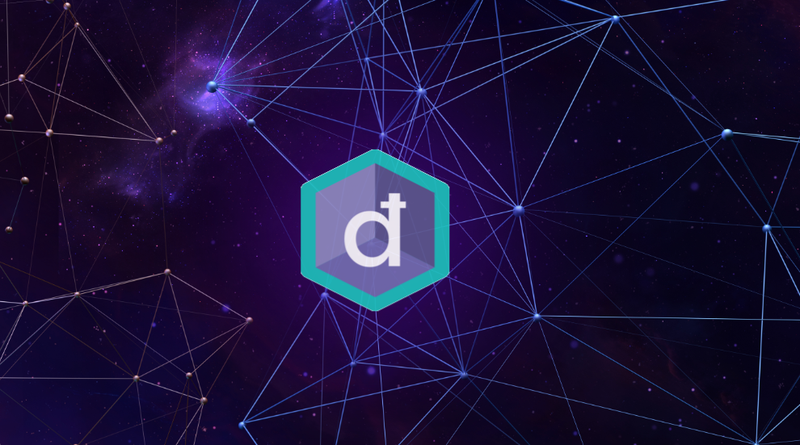 Dala has officially announced a new multi-chain strategy that will include Stellar, the technology behind the seventh largest cryptocurrency (lumens) by market cap. Dala is looking to create the most decentralized financial system available by bring together top blockchains and protocols. It hopes to reach developing markets by establishing a decentralized system that allows users to borrow, earn, save and transact funds.

Dala says it will be using Stellar for payments, along with Ethereum for its smart contract capabilities. Stellar promises speedy and low-cost transactions for customers, and Dala executives believe its blockchain will lead to steady user growth.

Tricia Martinez is the founder and CEO of Wala, and the director of the Dala Foundation. Speaking with Bitcoin Magazine, she explained why the team was adamant about working with Stellar over something larger and more established like Bitcoin.

“Stellar has been designed as a payment network to integrate disparate currencies, payment systems and entities to move value quickly and reliably at almost no cost,” she states. “Stellar scales exceptionally well — transactions are generally confirmed in three to five seconds, and transaction throughput of up to 10,000 transactions per second has been reported. Furthermore, transactions on Stellar are extremely cheap in the region of 100,000 transactions for $0.01. This aligns with the core need identified when Dala was created: emerging market consumers need the ability to transact micropayments instantly at no cost.”

Lisa Nestor, Director of Partnerships at the Stellar Development Foundation, also provided her commentary as to why the Stellar blockchain was the best and only choice. She says that the reason Stellar moves so quickly is because it does not use proof-of-work (PoW), relying instead on the Stellar Consensus Protocol.

“With Stellar, it’s easier to move between local currencies and digital currencies, which makes it ideal for cash-heavy, emerging economies,” she says. “Stellar’s architecture makes it an ideal, open-source tool for digitizing and trading any type of asset, from currency to mobile money.”

Concluding our interview, Martinez says Dala is the first cryptocurrency in existence to be completely “blockchain agnostic,” and that it can run on virtually any blockchain depending on the use case. “Dala will take advantage of the best blockchains to drive financial inclusion and bring a decentralized system to the masses,” she explains. “It gives us great pleasure to announce that we will be using Stellar for payments.”

Integration is currently underway, and the partnership between Dala and Stellar will go live in the fourth quarter of 2018.

from Bitcoin Magazine http://bit.ly/2uOddS8
via IFTTT