There are happy drunks and there are aggressive drunks. It turns out that wasps are angry drunks. Wasps are reportedly getting plastered at beer gardens and then going on “stinging rampages.” So wasps get drunk at the bar and then cause a ruckus? Wasps, they’re just like us!

The Daily Mail reported that “Britain is under attack from ‘lager lout’ wasps who are going on stinging rampages after getting drunk on fermented fruit and leftover pub-garden cider.” Duh. Wasps are assholes. What else do you expect them to do? 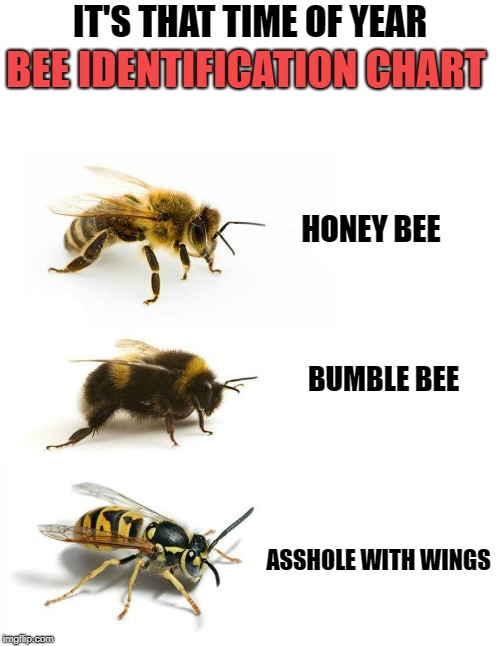 “Wasps have built absolutely massive nests and, now that all the larvae have grown up and the queen has stopped laying eggs, the colonies have a workforce with nothing to do – and nothing to eat. So they go down to the pub, obviously,” Shane Jones of Ridtek Pest Control told the Daily Mail.

It turns out that wasps, scientific name: Vespula vulgaris, might have a legit reason for all of their rage – Worker wasps cannot reproduce and don’t have sex. A lot of pent-up sexual frustrations that are just waiting to be unleashed by stinging someone for absolutely no reason whatsoever. 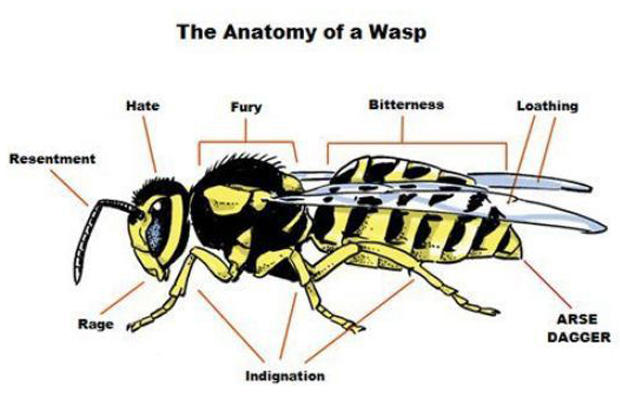 The worker wasps’ main goal is to find food for the nest’s larva. In late summer, nectar starts to dry up so wasps look for other sweet substances such as fermented fruit, soda, and beer. This summer has been warmer and drier than normal in Britain causing flowers to wither earlier than usual, causing the angry insects to hit up more beer gardens in search of sweet fermented liquids.

And just like your friend Mike who is transformed into a douchebag when he has too many shots of Jack Daniels, wasps become aggressive after drinking and start stinging people because they can. Soused wasps, they’re just like us!