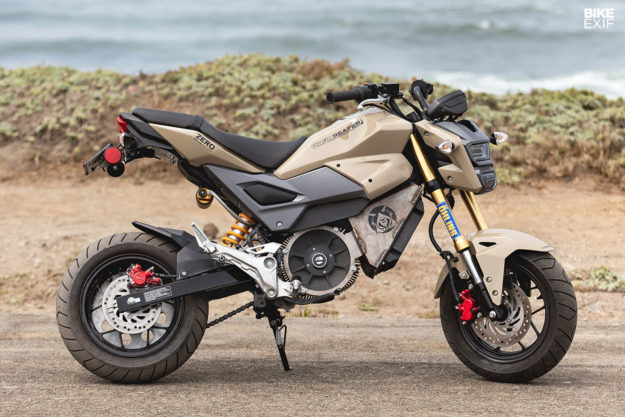 The car guys have been enjoying engine swaps for years. It’s the simplest and most reliable way to get extra horsepower—which is why we see RX7s tooling around with 6.2-liter GM V8s, and tiny Honda Civics with Acura power.

Motorcycles are another matter, though. It’s an engineering nightmare, and you obviously lose the stealth aspect, because the motor is on display. But that didn’t dissuade Cole Mishler, who has just built the ultimate pocket rocket: A Honda Grom with a lithium ion power pack and more torque than a Yamaha MT-09. 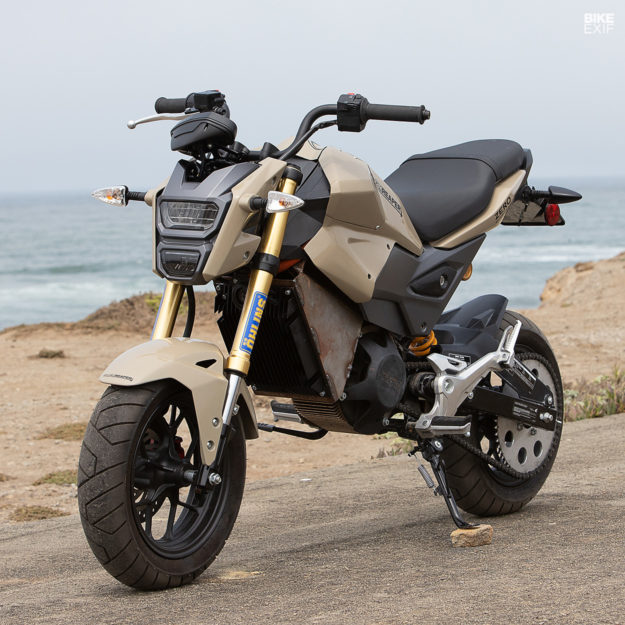 It shouldn’t work, but Cole is a designer for Zero Motorcycles, so he had a head start on the engineering front. And the resulting ‘Grom Reaper’ screams out to be turned into a kit for other owners of the Honda MSX125.

The first question: why?

“The stock Grom has a tiny frame and a low-performance engine,” Cole tells us. “So I saw the potential to really showcase the power and quality of the Zero drivetrain.” 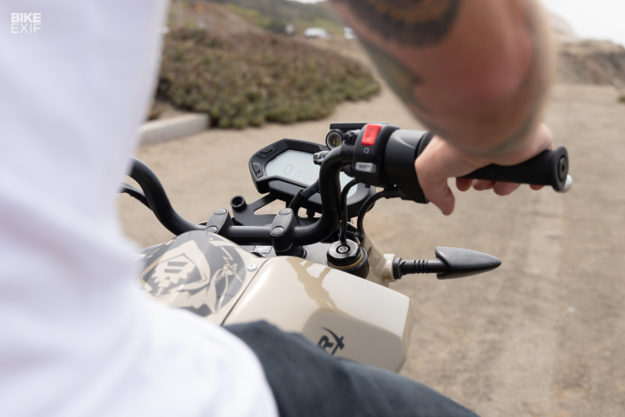 More realistically: “This thing is a wheelie machine!”

The Grom Reaper has more than double the power of a stock Grom, with 27 hp rather than a humble ten. Torque goes up by a staggering +800%, from 8 to a heady 66 ft lbs. (That’s almost as much as a Harley-Davidson Sportster 1200.) 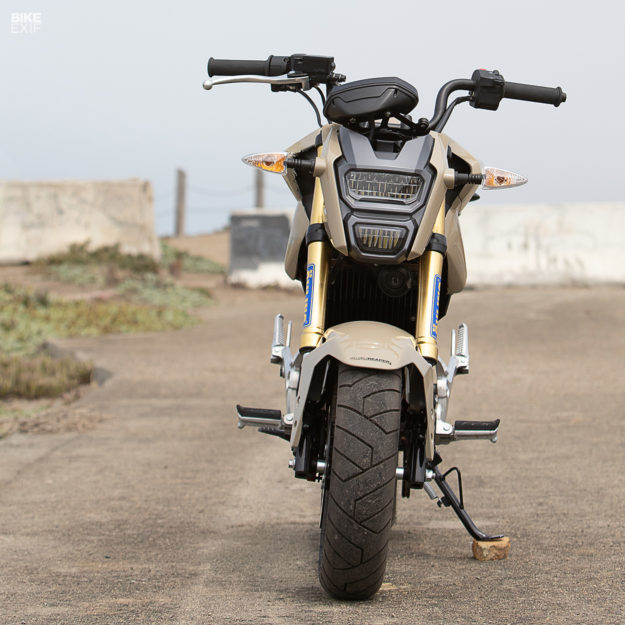 With only an eight-pound increase in weight, acceleration is insane. Fortunately, Grom Reaper is geared sensibly to avoid tank slappers.

There’s a moderate increase in top speed from 56 to 66 mph (106 kph), governed by an enormous 55-tooth rear sprocket that’s almost as big as the 12-inch wheel. 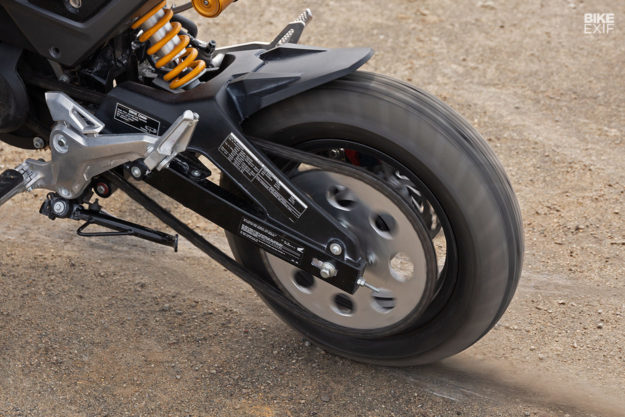 When Cole first floated the idea of this bike, it triggered the enthusiasm of others at Zero. It became an after-hours project, and once Cole had sketched out the design and basic engineering, he got help to turn his pipedream into reality.

Space was quickly cleared out in the R&D department at Zero HQ in Scotts Valley, California. A brand new 2017 Grom was wheeled into the shop. “Of course, we had to ride it around for a couple of weeks to benchmark it…” says Cole wryly.

“It was actually pretty easy to sync up the Zero drivetrain. We started by stripping out the ICE parts and the stock wiring harness.” “The Grom has a single frame downtube, so we cleaned it up and welded additional brackets directly onto the frame.”

Once the motor, controller, and battery were mechanically mounted to the bike, Cole installed a new wiring harness and spliced the Grom’s lighting into it. 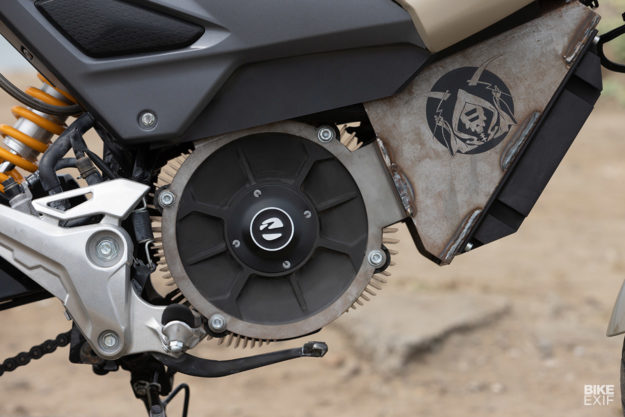 The battery module is a single ZF 3.6 kWh unit, taken from a Zero FX, that fits in the ‘tank’ area. Cole has shrouded it with custom fiberglass bodywork that he glassed up himself, to give the Honda more of a Zero vibe and bump up the ‘mini streetfighter’ feel.

The last mod was to ditch the 31mm stock forks and fit more sophisticated Öhlins units. At the back, there’s a matching remote reservoir shock. “It’s for a smoother riding experience,” Cole says. And presumably to stop the Grom from pogoing the rider off when coming down from a wheelie.

It’s an electrifying little package, and with the ridiculous abundance of torque, probably the most fun you can have with your clothes on. “My favorite part about this whole project is seeing the look on everyone’s faces once they get back from the ride,” says Cole. “It’s impossible not to smile.”

We’re hoping the folks in Zero’s C-suite are smiling too. How about putting something like this into production, guys? 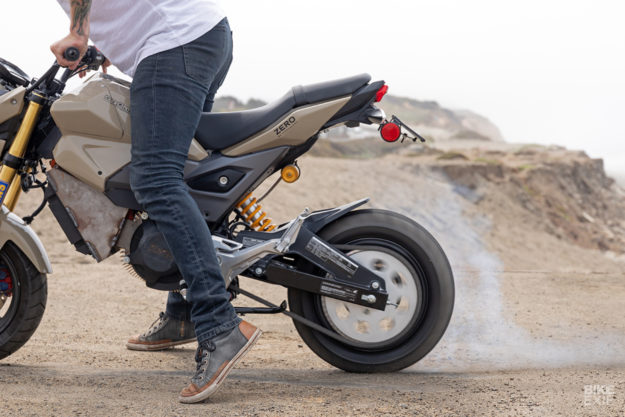 from Bike EXIF http://bit.ly/2MGi02I
via IFTTT