All images by Stéphane Maugendre. Used with permission.

French photographer Stéphane Maugendre is a self-confessed “analog at heart” and so for his new series, he turned to the LomoChrome Purple to lend it a surreal touch. Stéphane has always been fascinated by the old greenhouses that dot Paris. To him, these glass structures are remnants of a time when the only way Parisians could marvel at exotic wildlife from far regions of the world was to visit the zoo, natural history museums, botanical gardens, and the greenhouses.

While working all summer in Paris on a new job, he had the idea to make a series “that echoed the out-of-time vibe that Paris has during summer, and that longing for far places Parisians who remain in the city has.”

So Stéphane loaded his Nikon FM2 with a roll of LomoChrome Purple film that he had been keeping for a couple of years, and headed out to shoot in the greenhouses near Roland Garros tennis courts.

He calls the resulting series, Paris Tropiques, a collection of beautifully shot portraits set against the backdrop of lush greenery. As he had used this emulsion for a portrait shoot previously, Stéphane already had a good idea on how to use it.

“I really like how the skin tones remain rather untouched, while nature is tinted with psychedelic purple hues that seem straight out of a mystical land. The sky also shifts from deep blue to turquoise, enhancing the surreal feeling,” he observed. 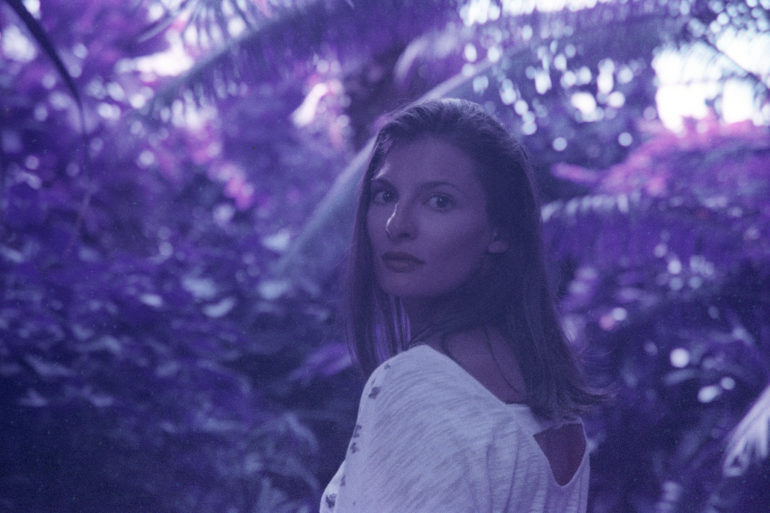 LomoChrome Purple is arguably best used in shooting greenery as the plants’ natural color shift to stunning purple hues on film. It’s something that Stéphane knows very well and advises other photographers wishing to shoot with this film stock to do.

“This film is really giving its best when used on green colors and nature, in particular. My advice would be to go out and shoot and experiment with different lighting situations and surroundings to create your own atmosphere through the color shifts,” he shared.

Aside from the Nikon FM2 – which, by the way, was equipped with the Lomography Neptune Art Lens System – and LomoChrome Purple combination, Stéphane also took regular color photos with a Leica M4-P equipped with a Summilux 50mm f1.4 pre-ASPH lens loaded with Kodak Elite II slide film. from The Phoblographer http://bit.ly/2q76C3b
via IFTTT