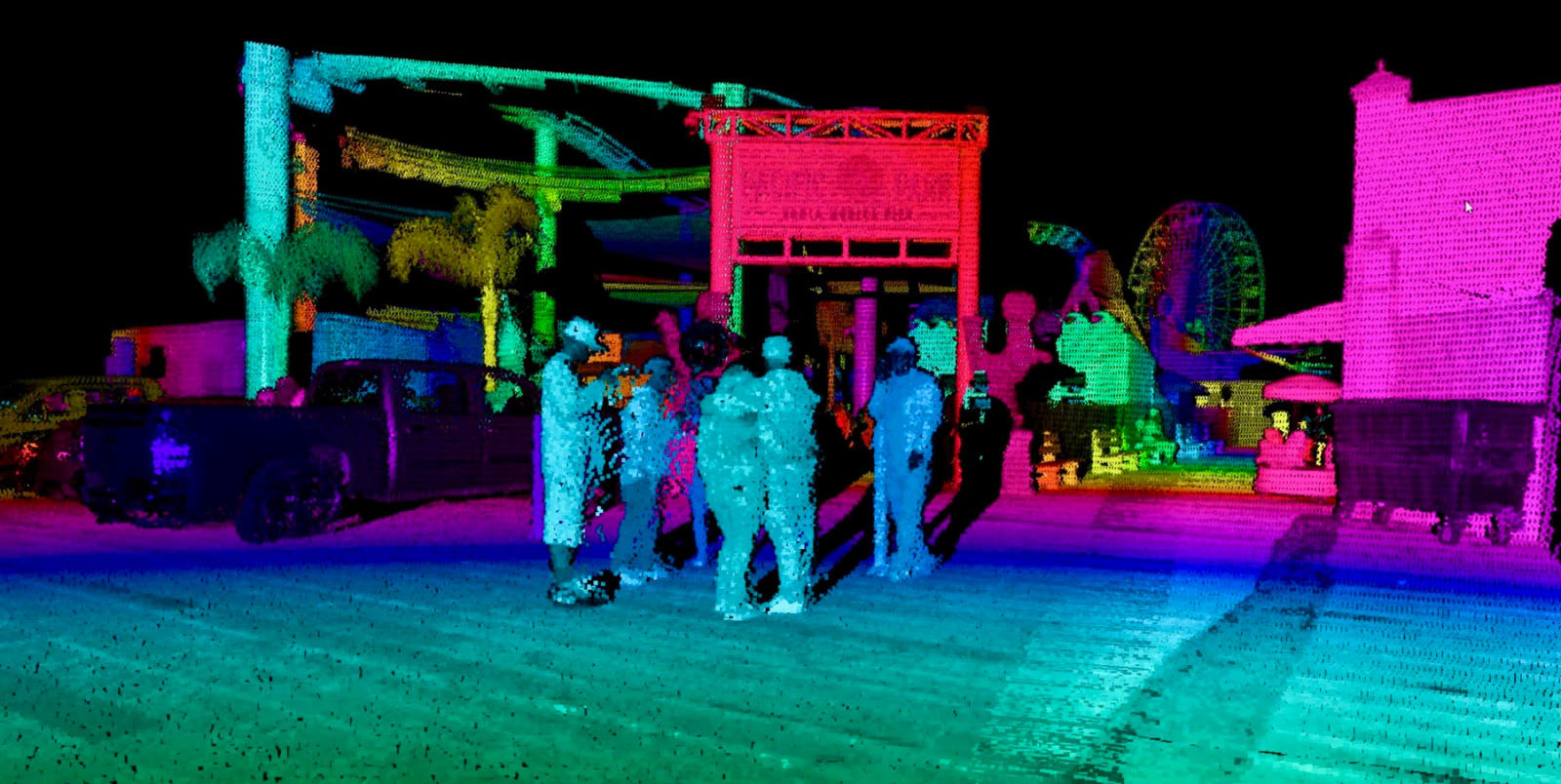 Trying to figure out what a vehicle or pedestrian is about to do is tough enough for human drivers. But it’s something that the AI systems that end up in autonomous vehicles will have to figure out. Luminar and Volvo announced that they’re closer to figuring that out using high-resolution LiDAR.

Volvo announced back in June that it would be partnering with LiDAR company, Luminar. At the LA Auto Show, they announced that they would be using the high-resolution long-range sensor to figure out what the intentions of pedestrians.

Luminar’s high-resolution LiDAR is able to pinpoint the appendages of pedestrians. That data is used to create an articulated version (stick person) of the human — essentially their pose. That information can be used to determine what that person is about to do. For example: Are they walking or leaning into a crosswalk about to cross? Luminar and Volvo want to be able to determine that.

Luminar’s LiDAR has a range of 250 meters and perceives an incredible amount of detail. Working with an established automaker like Volvo (a company that’s built its reputation around safety) is a good fit for the two companies. The research will also focus on highway driving, but when it comes to creating an autonomous car the hardest environment is the city and the people that populate it.

from Engadget https://engt.co/2DNdH0S
via IFTTT