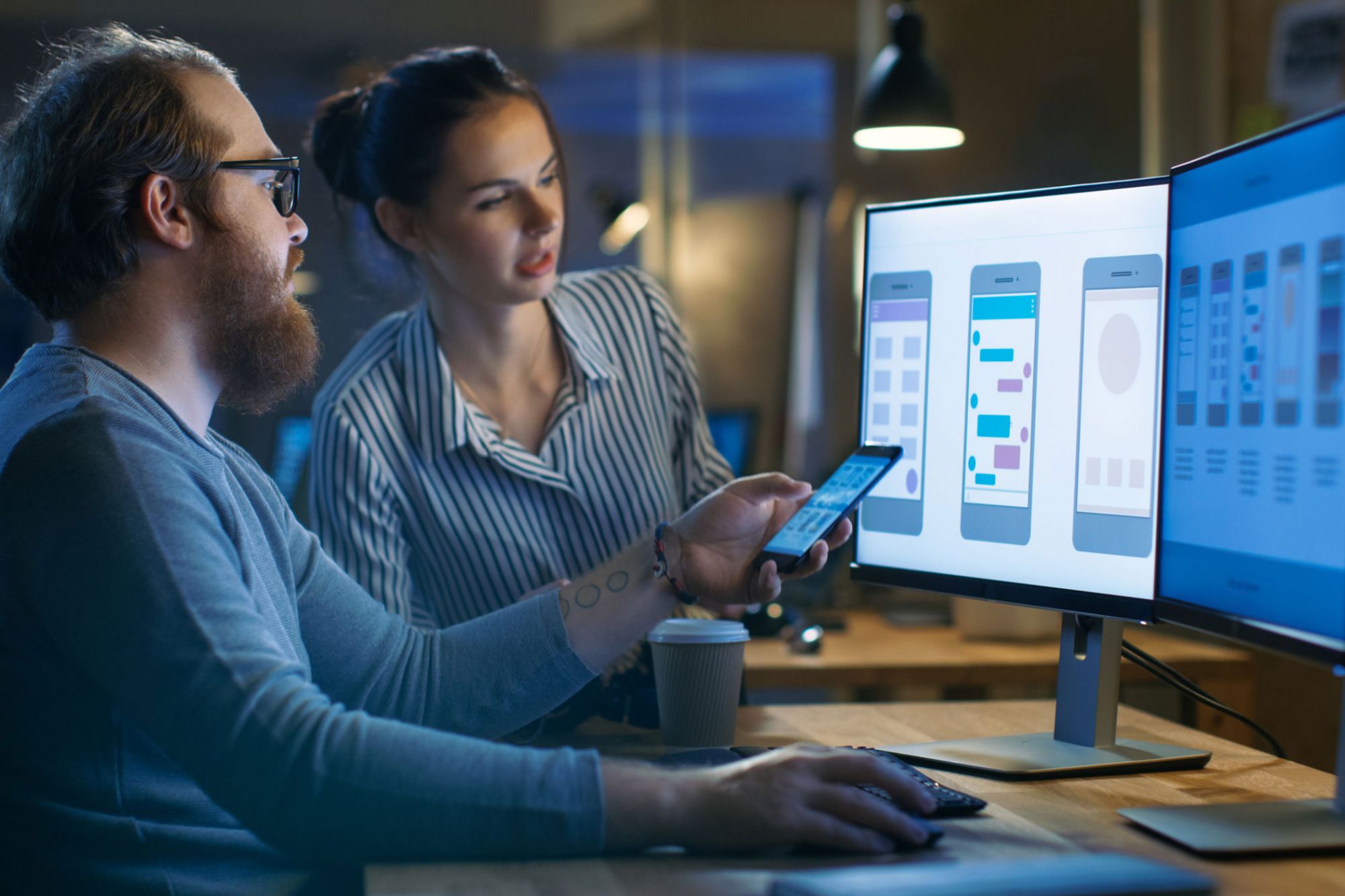 Think that Google Play and the App Store are your only options? Think again.

Opinions expressed by Entrepreneur contributors are their own.

Chances are, when you think of app marketplaces, Google Play and Apple’s App Store are the first that come to mind. And well they should.

Both platforms have been highly lucrative for entrepreneurs and developers alike, after all. Revenue paid to app business owners from the App Store totaled $26.5 billion in 2017, according to Apple. Gross revenue from Google Play apps came to $20.1 billion over the same period, per SensorTower.

Approximately $14 billion of that went to app business owners, based on the 70/30 revenue split that both Google Play and the App Store offer on paid apps and in-app purchases. Total revenue for both app stores topped $58 billion — a year-over-year increase of 35 percent over 2016. For 2020, Statista has predicted that mobile app revenue will jump to $188.9 billion.

Fierce competition in the app space

Alongside these staggering revenue projections comes fierce competition in the mobile app space. As of Q3 2018, there were over 4 million apps available in Google Play and the App Store combined, per Statista. Why so many? The relatively low barrier to entry to mobile app development — and the potential rewards if an app meets with success — are at least partly responsible for the glut.

All this presents a challenge for you if you’re developing an app of your own. Even if — through marketing and positive reviews — you’re able to distinguish your app from the millions of others, and convince a consumer to download it, Statista shows that the struggle to gain traction with users is far from easy. Close to 25 percent of apps downloaded in 2017 were used just once in the first six months after they were downloaded.

Given that a large proportion of mobile apps rely on freemium pricing or in-app purchases for revenue, persuading a customer to download a particular mobile app is often only the first step on the road to meaningful revenue.

Still, while the potential rewards of developing a successful iOS or Android app are enormous, the Play and App Stores are far from the only options for entrepreneurs looking to build, monetize and sell an app.

Here, then, is a look at three lesser-known marketplaces for entrepreneurs seeking to build an app business.

Since launching in 2004, Shopify, the Canadian ecommerce software giant, which was initially founded to hawk snowboards, now commands almost 10 percent of global ecommerce market share, according to Statista.

Shopify is actually the most popular stand-alone ecommerce platform. WooCommerce, which powers a staggering 28 percent of ecommerce sites worldwide, is a plug-in that adds ecommerce functionality to sites running on WordPress, the world’s most popular content management system.

Shopify’s App Store is home to almost  1,200 paid apps that extend the functionality of the platform. Many Shopify app purveyors, such as ShopStorm, offer a suite of products, each aimed at solving a different problem for merchants.

If you happen to be a Shopify merchant, and you’ve come across an issue that an existing app doesn’t address, consider doing some research in the heavily trafficked Shopify merchant forums. If other users are experiencing the same issue, an app that solves the problem might just have a significant audience. If you’re brainstorming app ideas, the forums are an ideal place to start.

It’s a must-read for any entrepreneur considering developing a Shopify app, as is this blog post. Shopify charges a 20 percent commission on app sales billed through the Shopify App Store, whether the commission is a one-time payment or recurring subscription revenue.

Salesforce was one of the world’s first pure software as a service (SaaS) companies, and it remains one of the most valuable, with a market cap that exceeded $100 billion in November 2018. Salesforce is the market leader in customer relationship management  and it’s widely employed by small business and the world’s largest companies alike.

As with Shopify, a diverse ecosystem of apps has emerged to extend the functionality of Salesforce’s core offering. Launched in 2005, the Salesforce App Store predates the Apple App Store’s launch by three years, making it a true pioneer in the app marketplace vertical.

With an estimated subscriber base of 3.75 million, according to SalesInside, there’s a good chance that a substantial number of these people are seeking solutions to issues not addressed by Salesforce out of the box.

The platform is also remarkably developer-friendly: It provides an extensive learning resource for developers called Trailhead. Salesforce also offers the Lightning app builder, which allows users to build their own simple apps without any coding required. Lightning is aimed at making it easier for Salesforce users to develop in-house solutions. Building apps for the Salesforce App Store will likely require proficiency in one of the following: Node, Ruby, Java, PHP, Python, Go, Scala or Clojure, as well as use of the Heroku development environment.

There are also up-front costs associated with listing an app in the SalesForce app store, as well as a 15 percent commission. These costs may be higher than on some other app marketplaces, but the rewards just might outweigh the additional outlay. Steve Cummins, founder of AppSelekt, has estimated that the average AppExchange paid app generated revenue of well over $900,000 per annum in 2015.

Amazon’s virtual assistant has become so ubiquitous that one friend, a partner at a large law firm, recently recounted that the first word her infant daughter spoke was “Alexa.” Since launching four short years ago, Amazon’s Alexa-powered “smart speakers,” like the Echo Plus, have almost a 65 percent market share in the United States, according to data from Voicebot. Considering that Voicebot found in a separate study that 57.8 million adults, or 23 percent of the U.S. population, own at least one smart speaker, there is already an enormous market for Alexa apps.

Amazon has dubbed these Alexa apps “Skills,” and created a dedicated Skills marketplace.

Although it’s early days for the Amazon Skills marketplace, Voicebot, the oracle of all things Alexa, recently revealed that Alexa has 50,000 Skills and works with 20,000 different devices, with 3,500 brands using it,

Amazon rivals Salesforce in the depth of learning resources it offers to developers, but there’s a catch. While Skill developer success stories abound, Amazon is currently being opaque about how it incentivizes developers, according to CNET. Watch for the terms to become more transparent in the near future.

The three app marketplaces explored in this post should be carefully considered by entrepreneurs hoping to launch an app business. Other app marketplaces to check out include WordPress Plugins, Amazon Web Services (AWS) and Microsoft AppSource.

Clearly, there’s a world of opportunities beyond the AppStore and Google Play for app creators and entrepreneurs. Keep them in mind for your own project.

from Entrepreneur.com – Startup Business News and Articles – Starting a Business http://bit.ly/2TVrsQL
via IFTTT