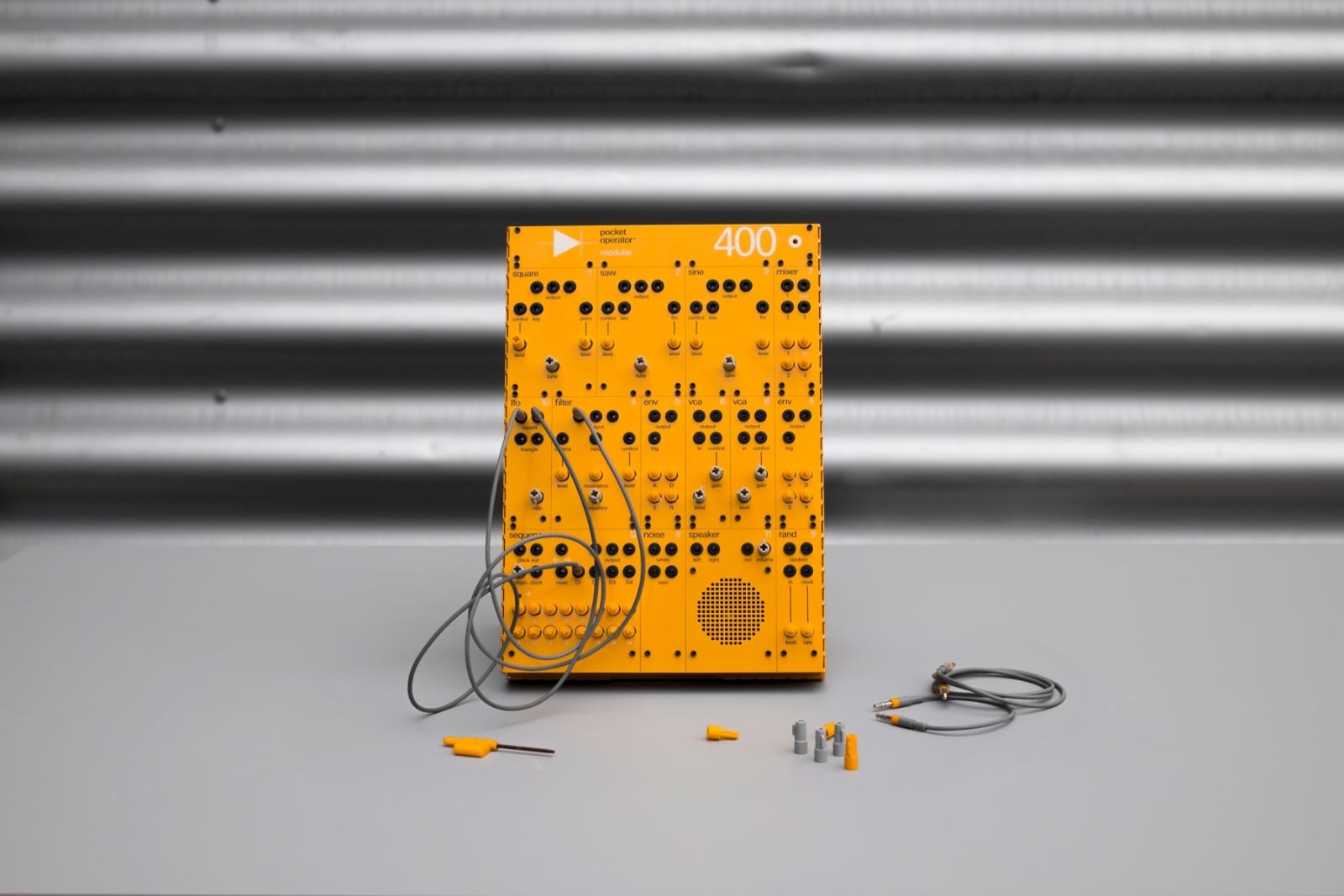 Modular synths are all the rage right now. And it’s not just the usual players either. Korg and Stylophone recently dipped their toes in the modular world. And now Teenage Engineering is getting on the bandwagon. The company is best known for its portable music creation tools like the OP-1 and OP-Z, not to mention the damn near disposable, but kinda awesome Pocket Operator line. This year it’s making it first modular system and also its first analog synth with the Pocket Operator Modular series. Dubbed simply the 16, 170 and 400, these new devices are what Teenage Engineering is proudly calling “the poor man’s modular.” They’re reasonably priced introductions to the complicated and often incredibly expensive world of modular synthesis, where instead of having a traditional keyboard with a predetermined signal path, you actually have to wire different parts together to create the sound you want.

The 16 is a simple modular membrane keyboard, it doesn’t make any sound on it’s own, but it can be connected to other gear with control voltage (CV) in jacks. The 170 keeps that membrane keyboard and connects it to a simple monophonic synth with a single square wave oscillator, LFO, envelope generator, sequencer and everything else you’d need to start making music (or at least noise), including a speaker. Lastly there’s the 400 — the big boy of the group. It includes Square, Sine and Saw oscillators, 2 VCAs, 2 envelopes, a mixer, random generator, a 16-step Sequencer, LFO, noise module, filter, and more for a total of 16 different modules. It loses the keyboard from the 170, but keeps the speaker.

Unsurprisingly these new synths are neither pocketable, nor as affordable as the rest of the Pocket Operator line. The 16 is $149, the 170 is $349 and the 400 is $499. Those last two in particular might induce a bit of sticker shock considering the most expensive pocket operator until this point was $89. But they’re significantly cheaper than most of your other modular options (though not all).

If you’re wondering how a $500 synth the size of a coffee table book fits in next to the $50 PO-12 you’re not alone. I asked Teenage Engineering’s head of production Oscar Ahlgren and he explained that Pocket Operators are about “getting a lot for the money” rather than pure price. He also said, “when you open the box and start unpacking the kit you’ll definitely feel that it’s got that pocket operator vibe… It’s all very playful and fun, without sacrificing sound quality.”

Interestingly, Ahlgren said the company took a lot of inspiration from its work with Ikea for the new line. After “leering at the modular world for a while” the company realized it could create flat pack kits where it “compromised on everything except sound quality” that the customer had to assemble. For example, Ahlgren said “the casing is sheet metal that gets folded into its final shape, which requires some attention to the user manual because you don’t want to bend it one way having to discover you bent it wrong and then having to bend it the other way. Hence the slogan for this project; ‘twink twice, bend once’.”

We’re eagerly anticipating a chance to get our hands on a kit. But for now we’ll have to make do with the behind the scenes video above.

from Engadget https://engt.co/2B2TTEH
via IFTTT