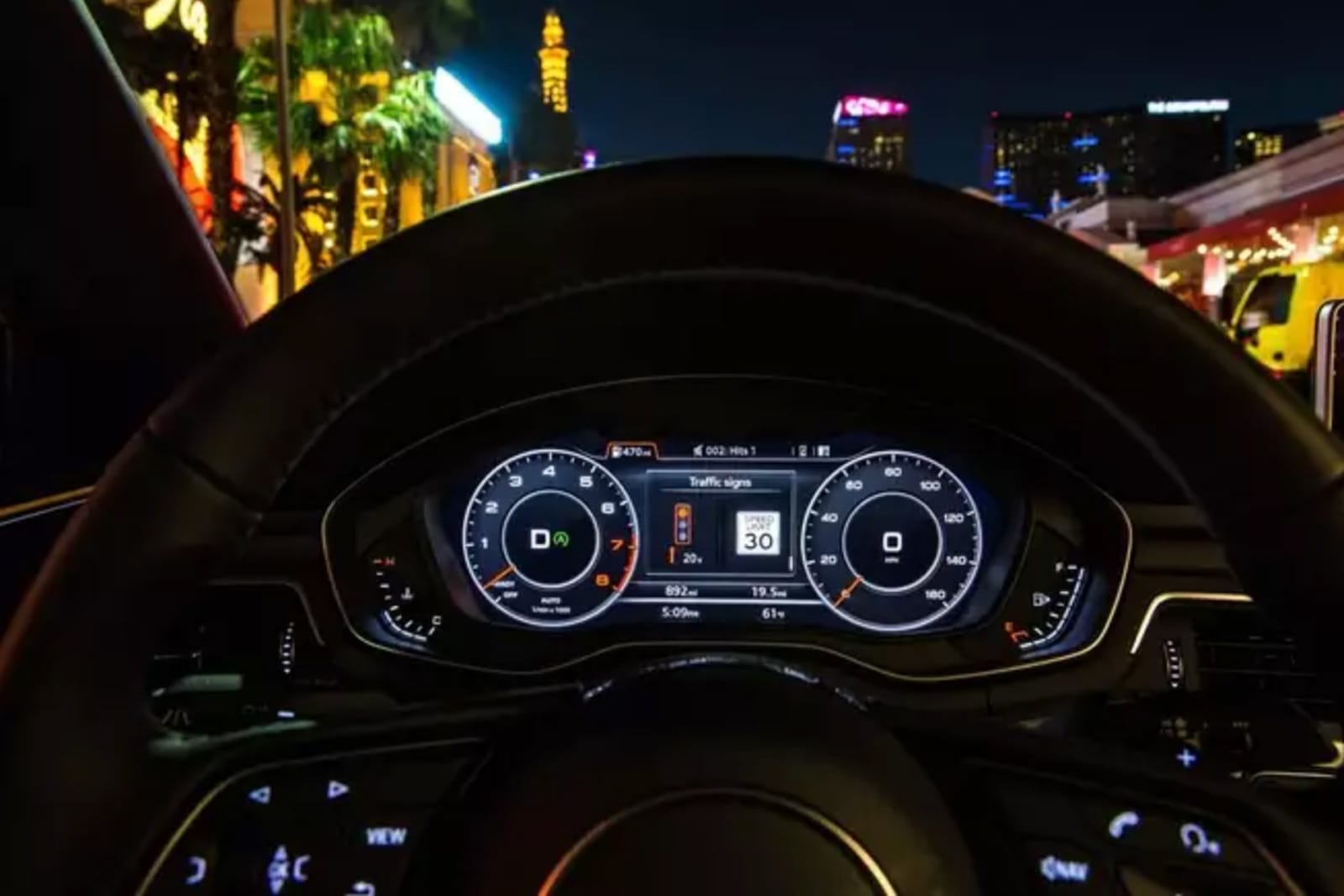 Audi’s cars already tell you how long a red light will last, but now they’ll help you avoid those red lights in the first place. It’s launching the first implementation of the Green Light Optimization Speed Advisory (GLOSA), a system that provides speed recommendations to reduce the amount of time you spend at red lights. The extension of Traffic Light Information technology combines your car’s position and traffic light data to calculate an ideal speed that shows up on your vehicle’s instrument cluster or heads-up display. In theory, you could save time by driving slightly slower and catching an uninterrupted string of green lights.

Speed suggestions and TLI are available as part of an Audi Connect Prime feature on 2017 and newer models outside of the A3 and TT. You’re still limited to using them in certain areas, however. TLI is currently available in 13 urban regions, including Dallas, Denver, Gainesville, Houston, Kansas City, Las Vegas, Los Angeles, New York (White Plains), Orlando, Phoenix, Portland, the San Francisco Bay Area (Palo Alto and Walnut Creek) and Washington, DC.

The technology could become more useful in the future, though. Future TLI upgrades might use a car’s automatic stop/start system to restart the engine when a red light is turning green, and a navigation tie-in could plan routes that minimize stops. Think of this as another small step toward autonomous cars. You might still have to take the wheel, but computers are minimizing many of the little annoyances.

from Engadget https://engt.co/2V7zg1l
via IFTTT