The boundaries between planet Earth, the moon, and deep space just got fuzzier.

According to a new analysis of data recorded by a spacecraft more than 20 years ago, the outer fringes of our cozy planet’s atmosphere stretch far beyond what is typically imagined.

In fact, Earth’s supply of hydrogen gas — the lightest air molecule and element on the Periodic Table — may extend nearly 400,000 miles out.

That’s plenty of reach to envelope the moon, which orbits our planet at an average distance of 238,856 miles away.

"The moon flies through Earth’s atmosphere," Igor Baliukin, a space physicist at Russia’s Space Research Institute in Moscow, said in a European Space Agency (ESA) press release. "We were not aware of it until we dusted off observations made over two decades ago by the SOHO spacecraft."

Formally known as the Solar and Heliospheric Observatory, SOHO is operated jointly by NASA and the European Space Agency.

An international team of researchers including Baliukin published their research this month in the journal JGR Space Physics. The internationally recognized boundary of space is called the Karman Line, and it’s a border that exists 62 miles (100 kilometers) above Earth’s surface. But contrary to popular belief, Earth’s atmosphere has no clear or official boundary.

Earth’s gravity hugs most of the densest gases close to its surface, including oxygen, nitrogen, carbon dioxide, and water vapor. Meanwhile, hydrogen and other very light gases drift deep into space.

Our planet has a magnetic field that thankfully protects the atmosphere — without it, a never-ending stream of particles from the sun, called the solar wind, might blow all these gases into space. (Mars’ magnetic dynamo, by contrast, shut down billions of years ago, leading to a catastrophic loss of its air supply.)

Scientists knew that fleeting amounts of hydrogen drift far enough into space to merge with the solar wind. But the boundaries or envelope of that hydrogen cloud — called the geocorona — has never been fully clear.

The geocorona is invisible to human eyes. Hydrogen absorbs and re-emits sunlight in ultraviolet light, though, so Apollo 16 astronauts were able to photograph Earth’s tenuous hydrogen cloud with ultraviolet-light-sensitive film during their moon mission in 1972.

Read more: SpaceX just launched an Israeli mission toward the moon. If successful, it would be the world’s first private lunar landing.

SOHO, which has been in operation for about 23 years, carries an ultraviolet-light-recording instrument called SWAN (short for "Solar Wind ANisotropies"). It was designed to study the sun’s particles, which can have huge ramifications on Earth, such as solar storms that can disrupt satellites and take out electrical grids.

However, by carefully reanalyzing two-decade-old observations from SWAN, an international team of scientists narrowed the data down to study hydrogen around Earth. From that analysis, they learned that even the side of Earth that faces the sun has an envelope of hydrogen extending far beyond the moon’s orbit.

Behind Earth, on its dark side, pressure from the solar wind pushes the planet’s outermost atmosphere into a bulbous tail that extends around 391,000 miles (630,000 kilometers) into deep space.

"Astronauts on the lunar surface did not know that they were actually embedded in the outskirts of the geocorona," Jean-Loup Bertaux, a geophysicist and coauthor of the new study, said in the release.

The researchers noted that the density of the hydrogen cloud is so fleetingly low that it’s still a vacuum out there. But the discovery could nonetheless have significant ramifications for new observatories that study the universe in normally invisible wavelengths of light.

"Space telescopes observing the sky in ultraviolet wavelengths to study the chemical composition of stars and galaxies would need to take this into account," Jean-Loup said in the release.

SEE ALSO: The speed of light is torturously slow, and these 3 simple animations by a scientist at NASA prove it

DON’T MISS: SpaceX just launched an Israeli mission toward the moon. If successful, it would be the world’s first private lunar landing.

NOW WATCH: A city in China wants to launch an artificial moon into orbit by 2020 — here’s what would happen if Earth really did have two moons

from SAI https://read.bi/2EoOeuC
via IFTTT 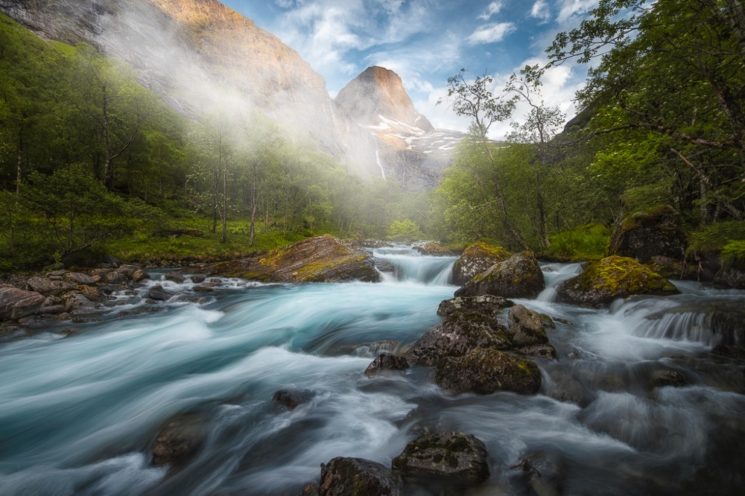 I very often have this strong negative reaction when a newsletter arrives in my inbox or I see an online article where the heading, for instance, reads: “5 rules to follow when composing an image” — or something to that effect.

I would have been far more positive if the heading read: “10 approaches to consider when composing a landscape image”.

I have plenty of personal preferences when it comes to photography. However, I try to avoid making rules or laws based on what I prefer. 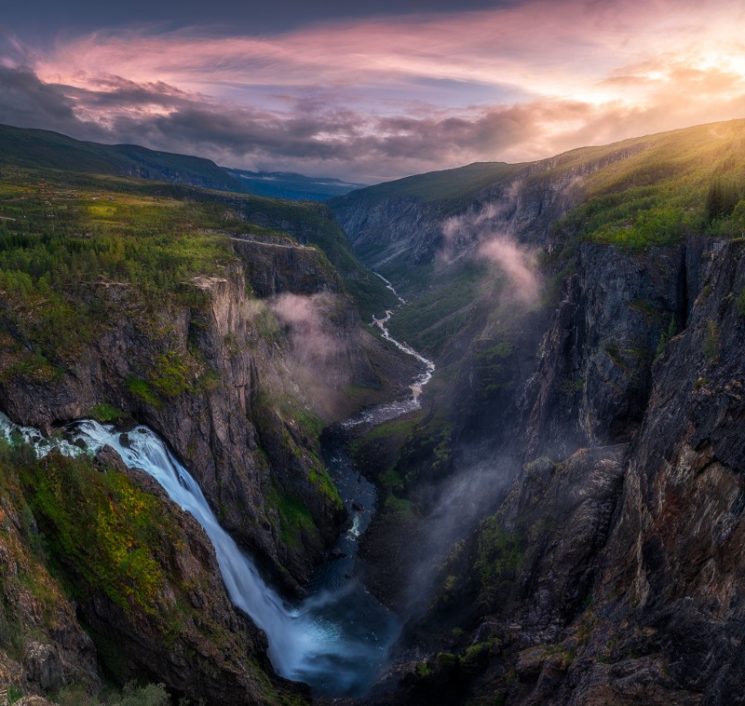 In my thinking photography is a creative way of expressing how we see things, or a way of mirroring our personality with its likes and dislikes. And none of that can be contained within the boundaries of various rules. I honestly don’t think it is healthy to legislate taste or create a framework on how things ought to look. 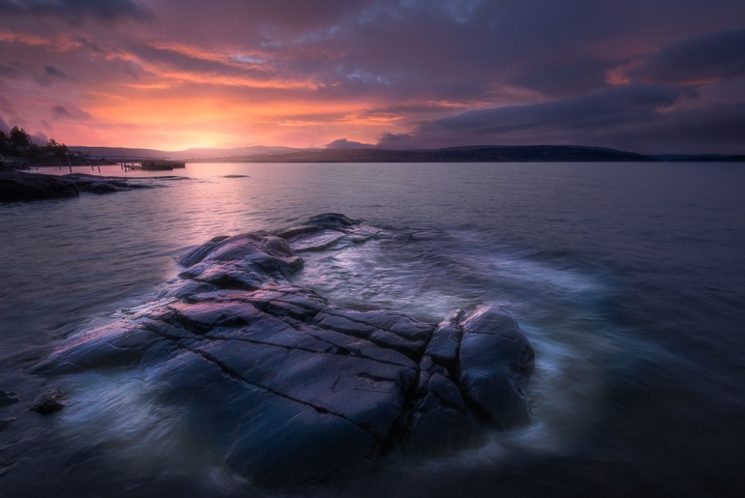 When I am out shooting I solely work on intuition based on what my eyes see through the viewfinder, and how what I see impacts me. Do I get a sense of harmony and balance, or does what I see create a sort of disharmony in me? I notice I have a tendency to gravitate towards the golden rule or divide things into thirds to attain harmony, but far from always. 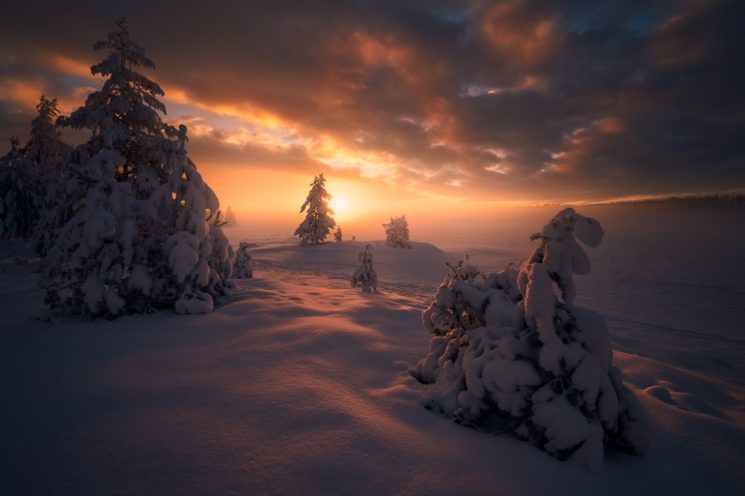 I also notice that I prefer simple compositions and often try to avoid complexity or compositions with too many disturbances. Sometimes I like lines — at other times lines do not work at all. Quite often I like to have strong foreground elements that work as anchors, balance things or add visual interest to a scene. However, that is not either a rule I follow simply because it may not be possible to find a foreground that works, or that I omit it completely for other reasons.

Admittedly, I have deleted thousands of raw files which for various reasons didn’t look as appealing on the computer screen as they did in the field. At other times the opposite is true. And sometimes I know I have images on my memory card that will be deleted, but I shoot them anyway just for the fun of it. 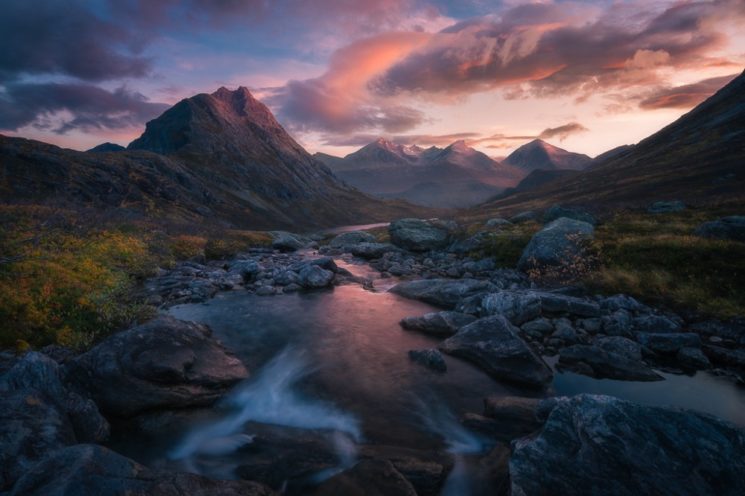 When all this is mentioned I have no problems admitting that “rules” can be of help in the beginning guiding people towards a sort of structure while they work towards carving out their own unique style in expressing themselves.

For my own part I cannot draw conclusions or make rules based upon the complex interactions between eyes, brain and emotions — quite often I find it difficult to articulate why something works in my eyes or why something doesn’t work. I can only to a certain degree articulate what I notice about my own reactions and preferences. It may for example be that I find the blue tones in the sky way too saturated, but this aspect of the image may work super well in the artist’s eyes and many of those who behold the image. 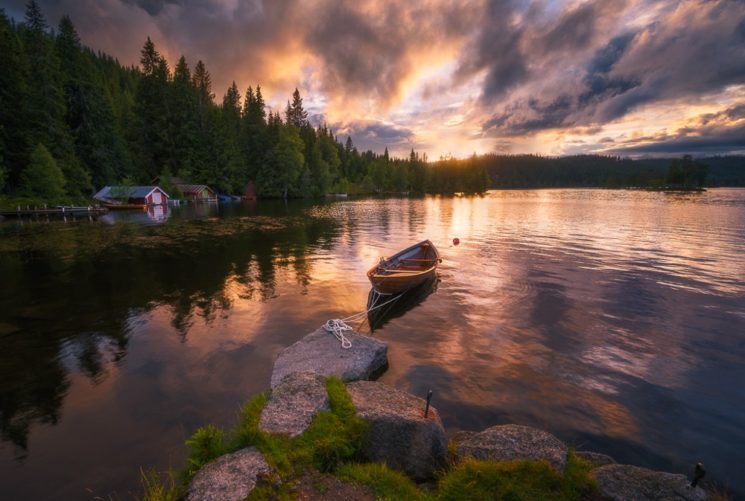 Taste or preferences isn’t a static quantity. Perhaps we see this most clearly when we analyze our own work. What worked five years ago we now may find wanting in so many ways. It is not unlikely that we will detect a gradual development towards something more refined. In other words, we have abandoned those ‘rules’ which once dictated the final look of our images.

I am, for instance, very fond of light and colors in a landscape image. When I started out with photography I quite often overdid those elements in my editing. These days I am less prone to exaggerate colors and light, but of course it still happens. However, many found those images I now find wanting beautiful.

I tremendously value the freedom to express myself in my work. If someone one day told me that I no longer can add my personal twist to my images I would wither, and the appeal and fun of photography would be lost forever.

Disclaimer: The images in this article are just images — they are not meant to illustrate anything.

Ole Henrik Skjelstad is a Norwegian math teacher and photographer, whose love for photography began after receiving his first camera as a birthday present in January 2013. You can follow his work on Instagram, Flickr, and 500px. This article was also published here and shared with permission.

from DIYPhotography.net -Hacking Photography, One Picture At A Time http://bit.ly/2tAQlVG
via IFTTT