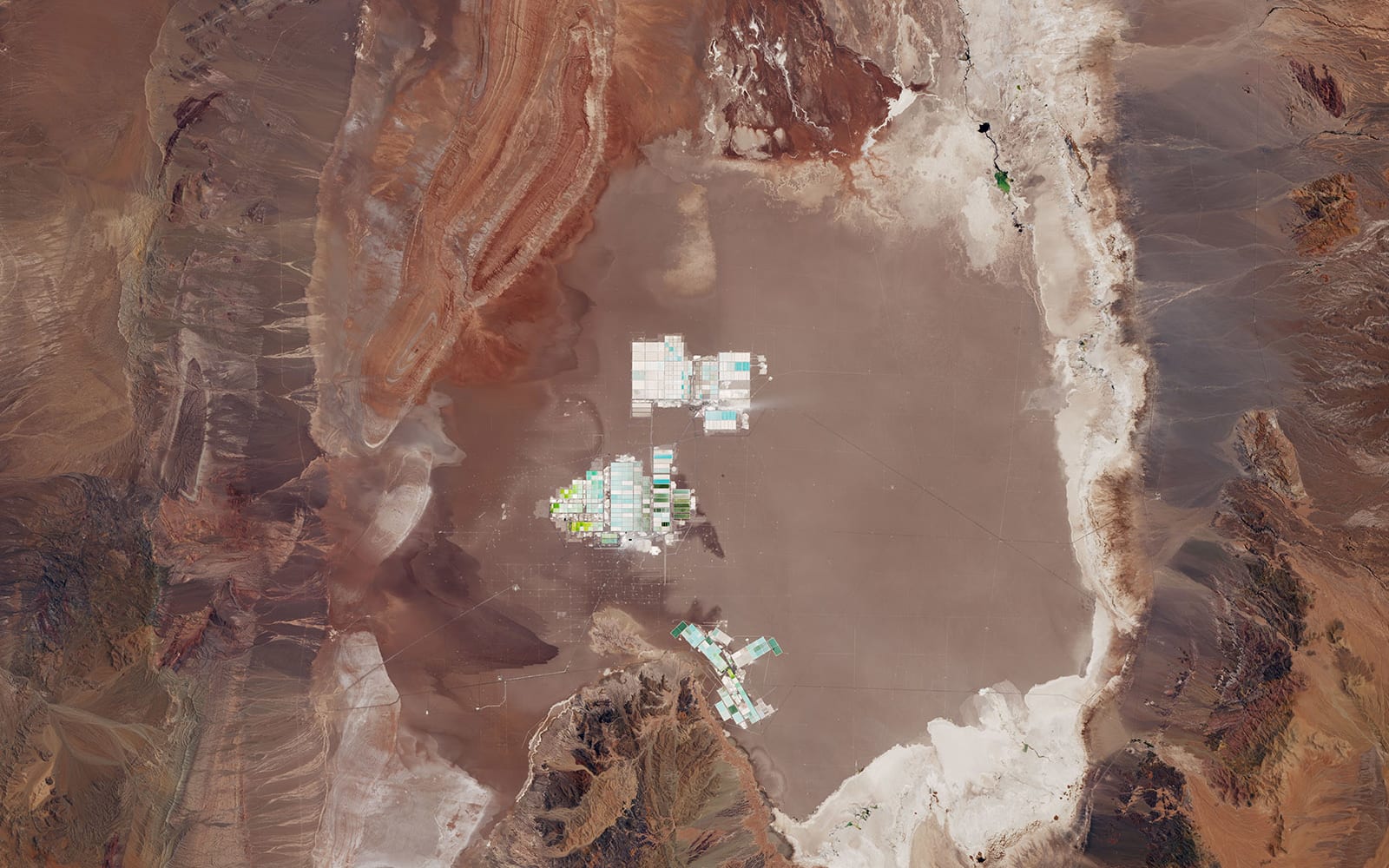 Using Landsat data from the US Geological survey, NASA’s Laren Dauphin recently imaged the Salar de Atacama in Chile. The enclosed basin is the world’s largest source of lithium, producing 29 percent of the world’s reserves. Much of it will wind up in rechargeable batteries used by EVs, laptops and smartphones, but how it gets there is surprising — think salt production, not pit mines.

Salar de Atacama is a salt flat from an ancient sea bed that contains massive reserves of lithium brine beneath its surface ("salar" means "salt flat"). It’s cut off in the east by the Andes mountains, and to the west by another range called Cordillera de Demoyko. It’s the driest desert in the world and with the high altitude (1.4 miles above sea level) the relentless sun would damage your skin in just minutes.

Just to the east is the Lascar volcano, one of the most active in Chile and part of a highly active region called the Central Volcanic Zone. The salt brines are regularly replenished with melted snow from the mountains and incoming streams, and the lithium and other salts in the flats may have derived from the nearby volcanoes.

Lithium carbonate salts are mined in much the same way as edible fleur de sel that’s famously harvested in Guérande and elsewhere. Companies pump brine containing lithium to the surface, where it’s fed via canals to plastic-lined evaporation ponds. 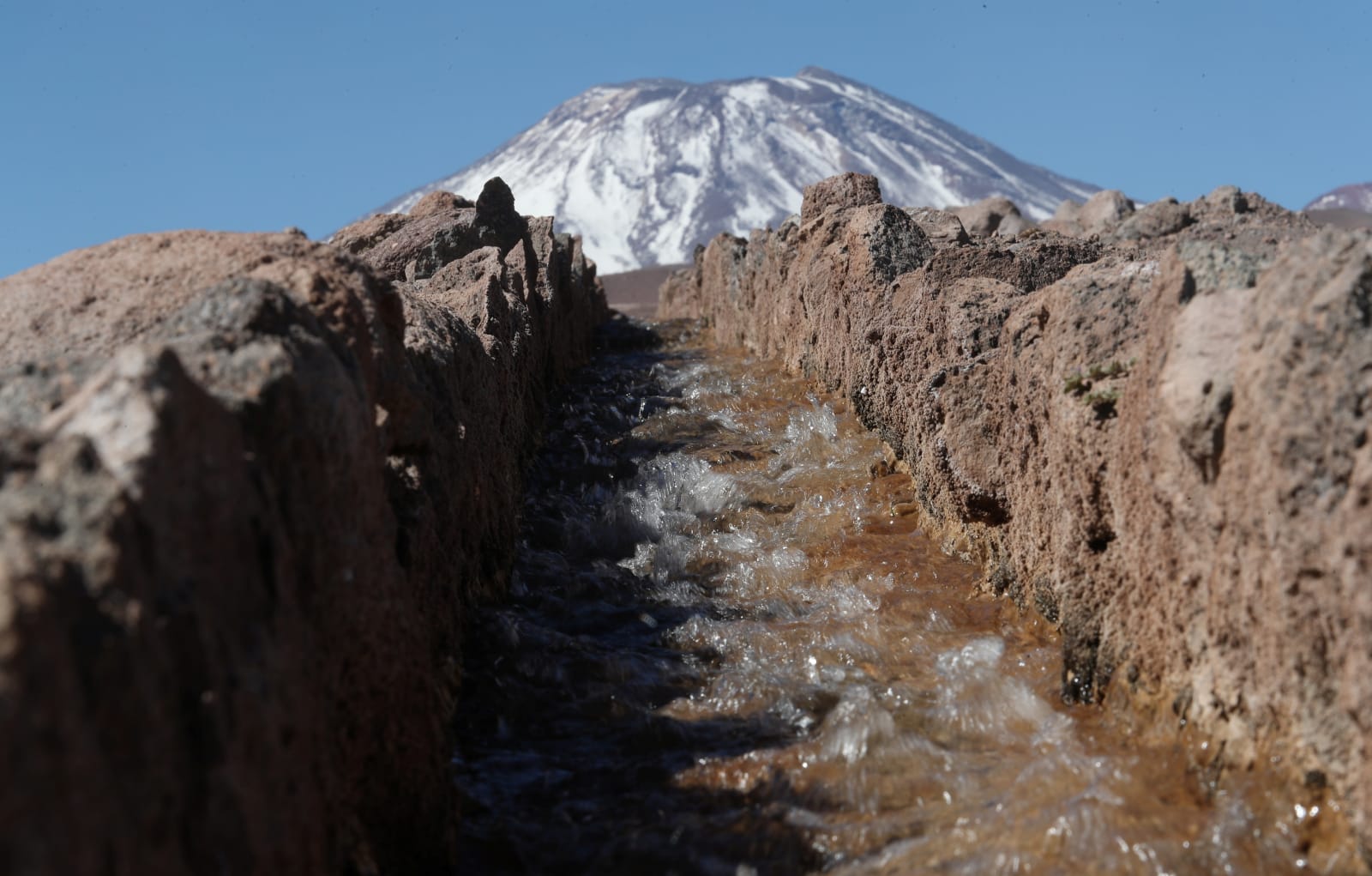 Thanks to high evaporation rates and low levels of precipitation (around one inch per year) the water quickly disappears, leaving deposits of lithium, boron and other salts. It’s then collected and transported to the nearby port city of Antofagasta for processing. Much of it eventually finds its way to lithium-ion batteries manufactured by Panasonic, Tesla, Samsung, LG Chem and others.

The square blocks in the images are the evaporation ponds, with lighter colors indicating higher concentrations of lithium. They’re replenished by canals and pumps, shown as grid-like patterns around the ponds. Two of the world’s largest lithium miners — US-based Abermarle Corp and Chile’s SQM — operate just a few miles apart in the basin.

A combination of climatic and geographic factors make the Salar de Atacama lithium beds some of the most productive in the world, more so than nearby flats in Bolivia and Argentina. However, increasing production to meet the sharply rising demand for lithium has created local conflicts.

The mining companies have been accused of pumping more brine than the ecosystem can support, draining the underground aquifers that support indigenous communities and sparse trees and plants in the region. "When people ask me, ‘Is the water going to run out?’ I tell them, ‘The truth is, we don’t know," hydro-geologist Mariana Cervetto told Reuters.

from Engadget https://engt.co/2BNkAgD
via IFTTT