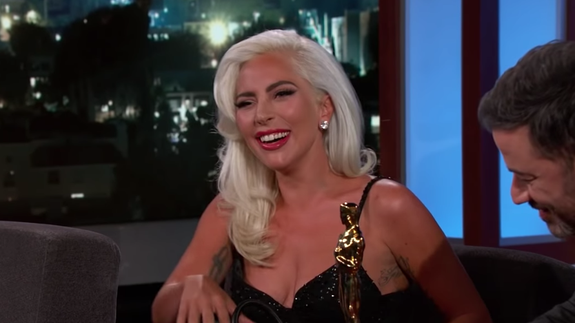 Lady Gaga and Bradley Cooper’s utterly breathtaking performance of "Shallow" at the Oscars really had the internet talking, but as Gaga reiterated on Jimmy Kimmel Live! on Wednesday, it is very much an act.

"Quite frankly, social media is the toilet of the internet. What it has done to pop culture is abysmal," Gaga told the show (from 3:15).

"People saw love, and guess what, that’s what we wanted you to see. This is a love song, ‘Shallow.’ The movie, A Star Is Born, is a love story."

Gaga added they both had worked on the performance all week, and Cooper as director made decisions like making sure the audience was lit throughout the song, among other details that helped with the illusion of love. Read more…

from Mashable! http://bit.ly/2T76Loc
via IFTTT