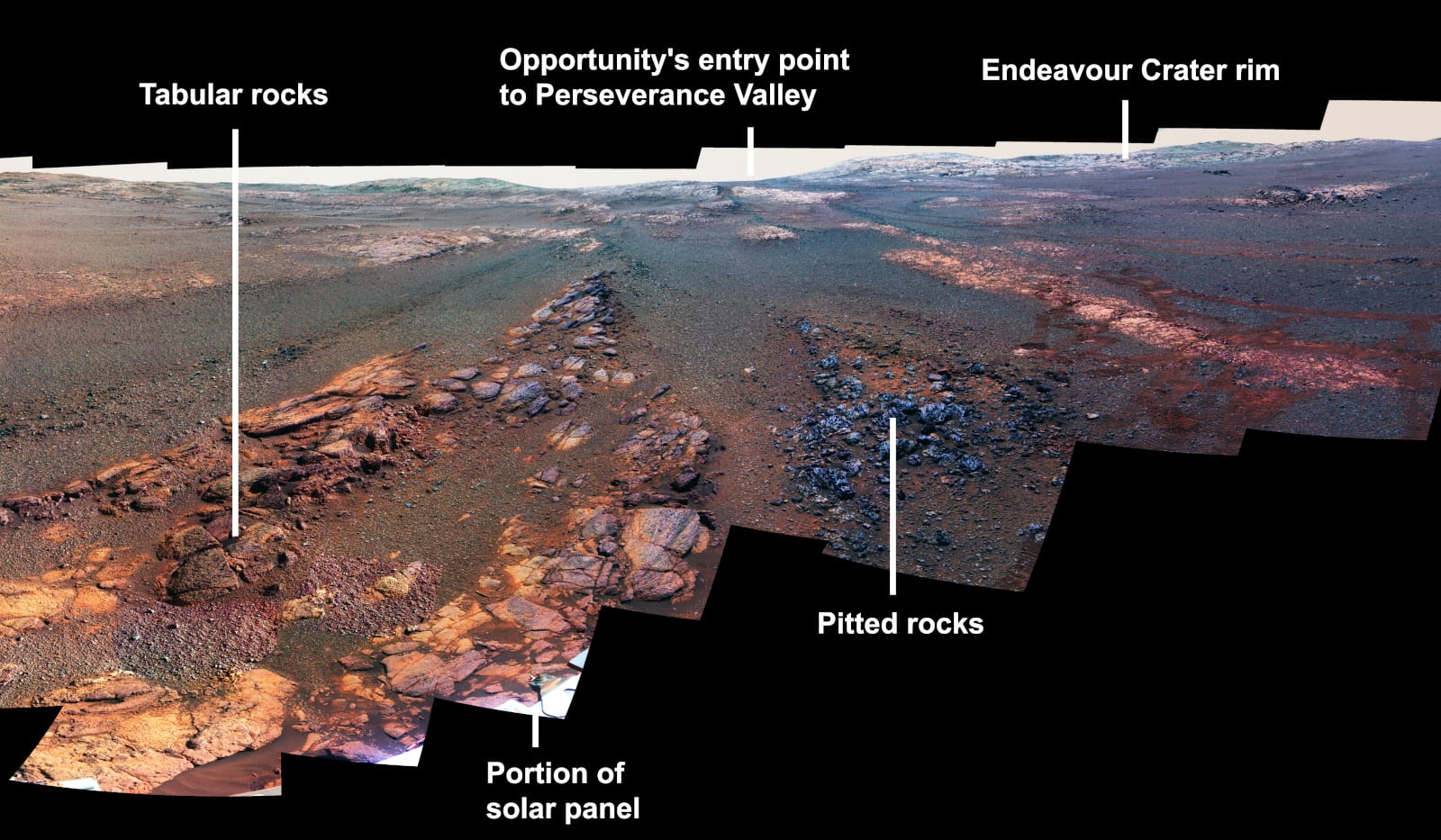 Before a Martian dust storm took out Opportunity in June 2018, the rover was able to capture hundreds of images that NASA has now released as a panorama. The 360-degree photo is composed of 354 images overall, taken by the rover’s Panoramic Camera (Pancam) from May 13th through June 10th. It shows the vehicle’s final resting place in Perseverance Valley located in Endurance Crater’s western rim. The rover lost touch with NASA in June after it reported the approaching storm that ultimately covered its solar panels with dust and rocks.

Over the next months after that, the agency made more than thousand attempts to contact the rover. On February 13th, 2019, it had no choice but to admit that Opportunity is gone to humanity. This panorama combines photos taken through three filters that capture images in different wavelengths — near-infrared, green and violet. Some parts are still black and white, because Pancam didn’t have time to take photos of them through the green and violet filters before the dust storm hit.

Opportunity retired over a decade later than planned — the mission launched in 2004 and was only supposed to last for 90 days. This magnificent panorama befits its excellent run as a source of data about the red planet.

"The [below] image is a cropped version of the last 360-degree panorama taken by the Opportunity rover’s Panoramic Camera (Pancam) from May 13 through June 10, 2018. The view is presented in false color to make some differences between materials easier to see."

from Engadget https://engt.co/2SZLbwU
via IFTTT