As a New Yorker, I’m not ashamed to admit that my city does so much incorrectly: our rent is too damn high, our commutes too damn long, and rats, not the mayor, rule the city.

If there’s one thing this 8-million-plus-person  hellhole mostly gets right, it’s bagels. Our bakers got it down: New York City bagels are the right combination of fluffy, chewy, crispy and doughy. We know the proper cream cheese serving size. We are strict about our flavors. We have standards for bagel coloration and we’ll be damned if you call Lender’s a “bagel.”

But perhaps more than any other bread, bagels are vulnerable to culinary crimes. It’s time this breakfast staple belonged to a protected class of foods. .

Here are some of the worst crimes against bagels.

Trigger warning: Some of the following images feature violence against bagels, and may not be suitable for all audiences.

Bagels should only be sliced down the middle. Any additional cuts are cruel and unusual punishment. If you see a bagel with more than one slice, please refer the case to the court of Twitter.

Full disclosure: I am a lifelong Panera loyalist. I would donate my left kidney just for a chance to eat their discontinued roast beef and asiago sandwich again.

That being said, I will not stand for their French toast bagel, which far exceeds bagel sweet standards. Bagels are supposed to be savory, not sugary. The French toast bagel is a grotesque violation of bagel code.

I have not yet tried the bagel-doughnut hybrid from B. Doughnuts in Virginia, yet I’m fully prepared to knock it. How dare doughnuts, who already enjoy so much viral privilege, appropriate the best bagel seasoning?

Stay in your lane, doughnuts.

In May 2017, Einstein Bagels introduced a caffeinated bagel, dubbed “The Espresso Buzz Bagel.” The bagel allegedly contains 32 milligrams of caffeine, about one-third of the amount that’s in an 8-ounce cup of coffee.

Again, coffee and bagel are both wonderful breakfast treats but they should be served separately. As a tea drinker, I’m appalled that someone would even consider mixing the two.

Bagels deserve to be full-bodied treats. Let them be the big beautiful breads they are. I’m all for healthy eating, but that shouldn’t come at the expense of bagels. Bagel scooping is bagel mutilation.

Frozen pizza is good. Frozen bagels are bad. They’re far too small, far too rigid and far too frozen. They have no biological relationship to the modern bagel and they should be banned from the category forever.

I love bagels because of their earth tones. In 2016, however, Brooklyn bagel shop Bagel Store introduced a rainbow bagel, attracting tourists and gawkers from miles away.

Again, this is a violation of bagel coloration code.

8. Lox on a cinnamon bagel

Gubernatorial candidate Cynthia Nixon raised eyebrows and heckles when she ordered lox on a cinnamon bagel while on the campaign trail last fall. Say what you will about Nixon’s radical agenda, her bagel order was clearly a step too far for those of us in the bagel mainstream. Fish should never be in the same room as cinnamon bread, forget on the same bagel.

Her order was indefensible.

Blueberry bagels violate the bagel code of ethics by virtue of being: too blue, too sweet, and too much a berry.

If you see a friend order a blueberry bagel, please consider talking them down.

Originally sold by the Bagel Nook in Freehold, New Jersey, this bagel is a crime against other bagels. Bagels shouldn’t be spicy. They should be deeply banal and plain. Even cinnamon raisin is a step too far some bagel traditionalists, but that seems unnecessarily restrictive.

Flamin’ Hot Cheetos bagels have no place in the bagel canon.

Anyone who disrespects bagels by accusing them of being unhealthy is committing a bagel crime. That’s bagel harassment. Give the bagel the respect it deserves.

Tell bagels how much you love them, everyday and to every person you know.

from Mashable! http://bit.ly/2I0mmip
via IFTTT

Hack the WorldThe best tips, tricks and hacks from all over the globe.

I like to think of myself as an anti-helicopter parent, but the first time I took my daughter to the neighborhood playground when she was a year and-a-half, it sounded like I was watching a horror film. “Gasp! Don’t step there! Don’t lean on that! Oh, geez! Gasp! Oh, goodness!” She had only toddled up three steps, and I was ready to sit down.

There was none of that sort of hovering at Setagaya Play Park, which I visited while in Tokyo. At this adventure playground, where the motto is “play freely at your own risk,” moms chatted on picnic blankets while their children—ages 3 to 5, I would guess—climbed up and down structures made from discarded pieces of wood, sawed tree branches with real saws, and helped cook lunch over a blazing bonfire. While many parents might look at the scene and see splinters and lawsuits, the ones here seemed confident in their kids’ abilities. “This is what childhood should look like,” I thought.

Adventure playgrounds arrived in Japan in the 1970s as “a way of advocating for greater risk and free-play in the over-scheduled and regulation-restricted lives of urban children,” according to Japan’s Metropolis Magazine. Setagaya Play Park was created by playwork volunteers after the Kobe earthquake in 1995. That was a bleak time for Japan—some adults fought against the park and criticized the fact that kids were “playing earthquake” on the playground so soon after the disaster. But experts began to realize that pretend play was good for kids, especially after tragedy. Pediatric doctors began advocating play to help kids release stress and prevent PTSD. Today, there are several adventure playgrounds all over the country—community members are invited to donate tools and scrap materials to the park so kids can create fortresses, pirate ships or whatever else they can imagine.

There are a growing number of adventure playgrounds in the U.S., too, from Berkeley to New York to Nebraska. Check one out if you can. Before you go, teach your kids the difference between danger and risk, brush up on some phrases to say instead of “be careful” and make sure to bring a change of clothes—your kid will get dirty.

from Lifehacker http://bit.ly/2uEkPGR
via IFTTT 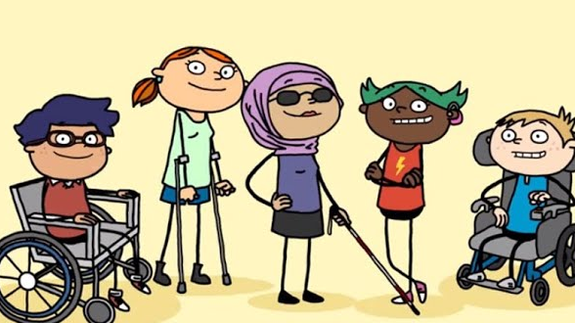 The internet has changed how kids learn about sex, but sex ed in the classroom still sucks. In Sex Ed 2.0, Mashable explores the state of sex ed and imagines a future where digital innovations are used to teach consent, sex positivity, respect, and responsibility.

Sex ed in the U.S. is often a hot mess. Teens regularly get medically inaccurate information, learn solely about abstinence, and hear only bad things about LGBTQ identity and sexuality.

Young people with disabilities can feel particularly invisible in classroom sex ed lessons, since the content typically doesn’t reflect their experience. Meanwhile, some teens may assume their peers with disabilities have no interest in sex or sexuality at all.  Read more…

from Mashable! http://bit.ly/2FCjwgO
via IFTTT