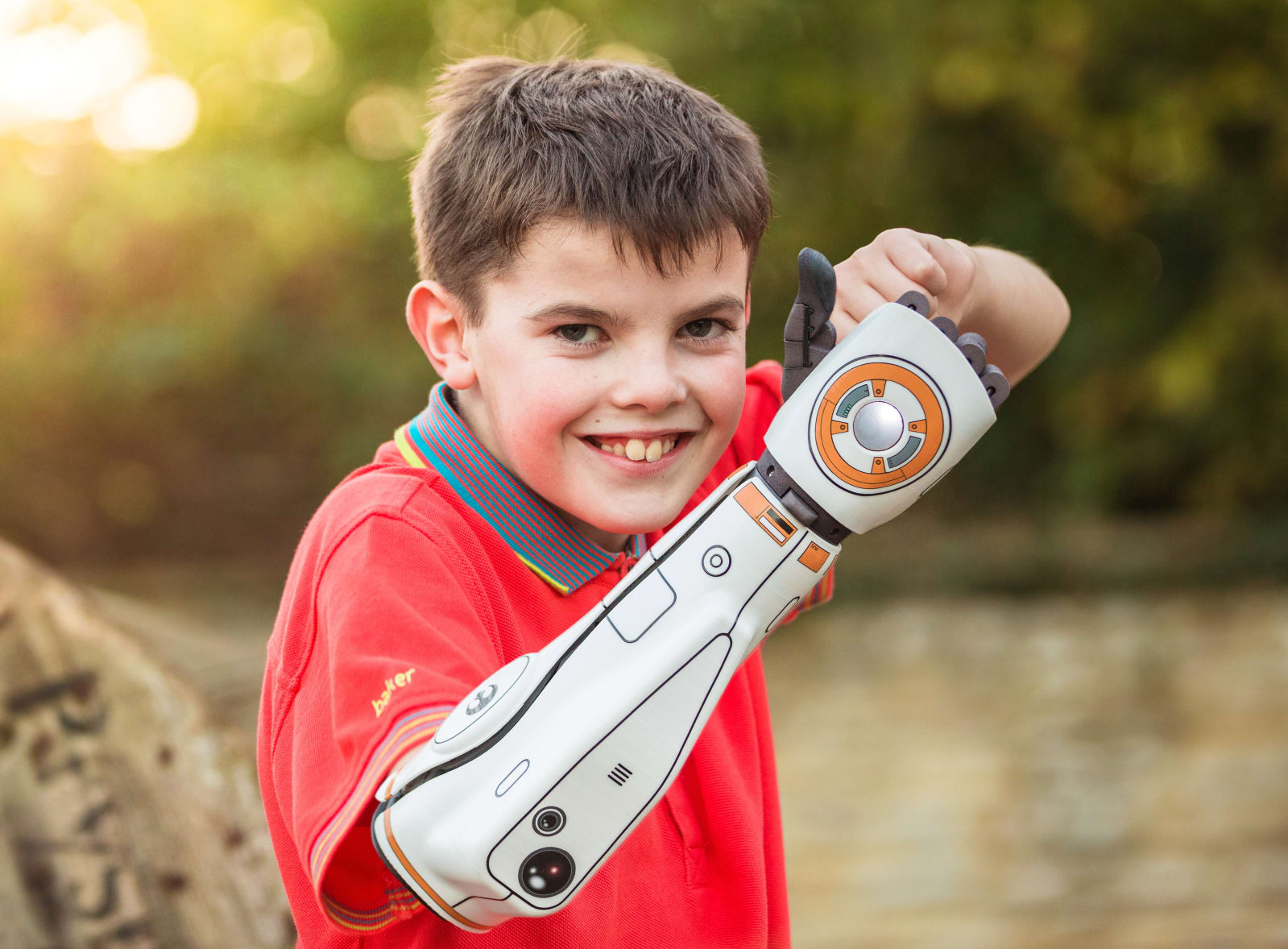 One year after Open Bionics began selling its 3D-printed Hero Arm prosthetic in the UK, the bionic arm is available in the US. Open Bionics has made a name for itself as a start-up specializing in low-cost prosthetics, and you might remember it as the company behind arms inspired by Iron Man, Star Wars, Frozen and Deus Ex. But until now, the Hero Arm has only been available in the UK and France.

HUGE NEWS! Today we’re launching the Hero Arm in the USA!! The wait is over, y’all. Upper limb amputees in the states, sign up here and we’ll refer you to your nearest @HangerNews clinic: https://t.co/NYvtvoul0K 🇺🇸🥳🇺🇸 #HeroArmUSA #HangerClinic pic.twitter.com/cJsnFBdxdx

Thanks to 3D scanning and printing, Open Bionics can custom build each arm, and do so faster and cheaper than its competitors. According to the company, Hero Arm’s muscle sensors enable lifelike precision and multiple grips. Motors allow for haptic feedback and beepers and lights provide other notifications to the wearer. Even with all of that technology, the arm weighs less than a kilogram, and it can be used by anyone over the age of eight. You can see more of the features in the video below.

from Engadget https://engt.co/2Vp1Zzp
via IFTTT