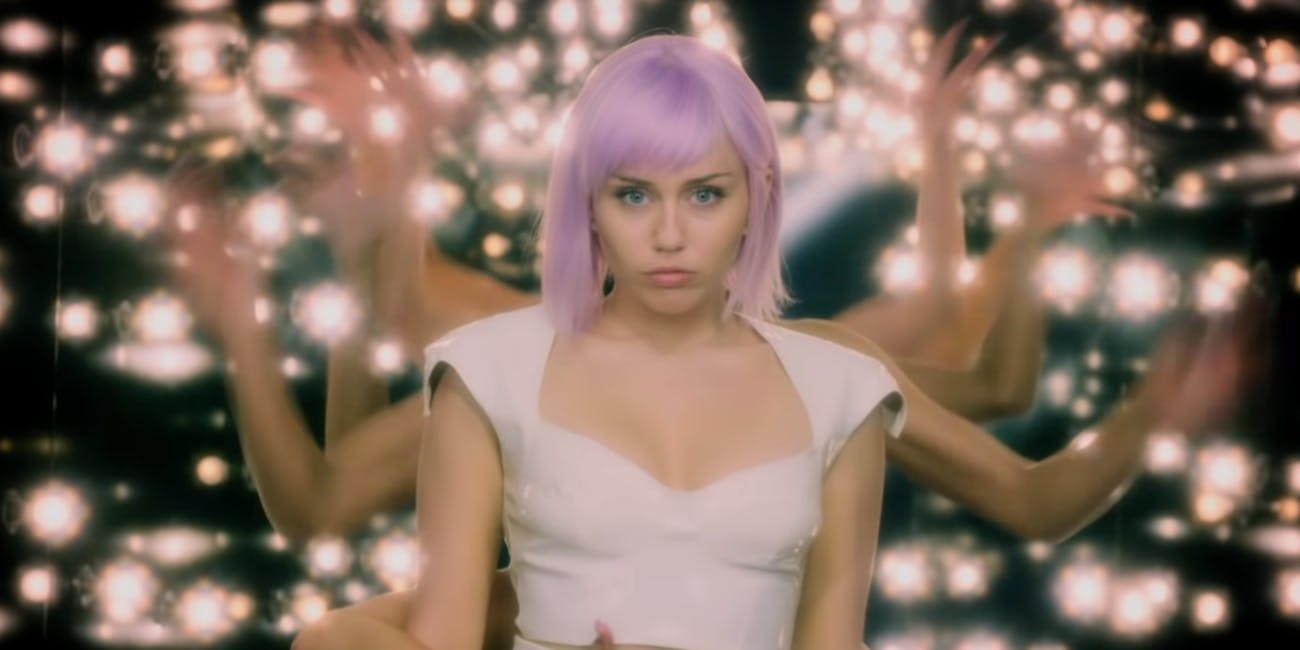 The scariest thing in Black Mirror season five is Nine Inch Nails’ song "Head Like a Hole" transformed into a teenybopper tune by Miley Cyrus. It’s inherently unsettling, as if we’re peering into an alternate universe where Trent Reznor’s gloomy lyrics have been transformed into anthems of positivity. ("I’m filled with ambition and verve, I’m gonna get what I deserve.") Like many ideas thrown around during the season, the song makes an impact, but Black Mirror fails to build on it. Instead of digging deeper into our relationship with technology and how it’s transforming our society (something the series managed effortlessly in its earlier seasons), creator Charlie Brooker too often leans on surface-level observations.

"Black Mirror might just be a victim of its own success," I wrote about the show’s last season. Its earlier seasons did such a good job of predicting where we’re going, now that we have broken social networks disrupting democracies and smart gadgets invading our homes, that some of its criticism might seem a bit obvious.

With the choose-your-own-adventure Bandersnatch, it seemed like Brooker had come up with an innovative way to change up the series. But it ended up being just a fun experiment that merely touched on the notion of free will instead of mining the subject for a weightier message. I enjoyed all of my Bandersnatch playthroughs, but I hoped Brooker would give us more of an upgrade with the show’s fifth season. Unfortunately, it’s more of the same, with just a few bright spots. 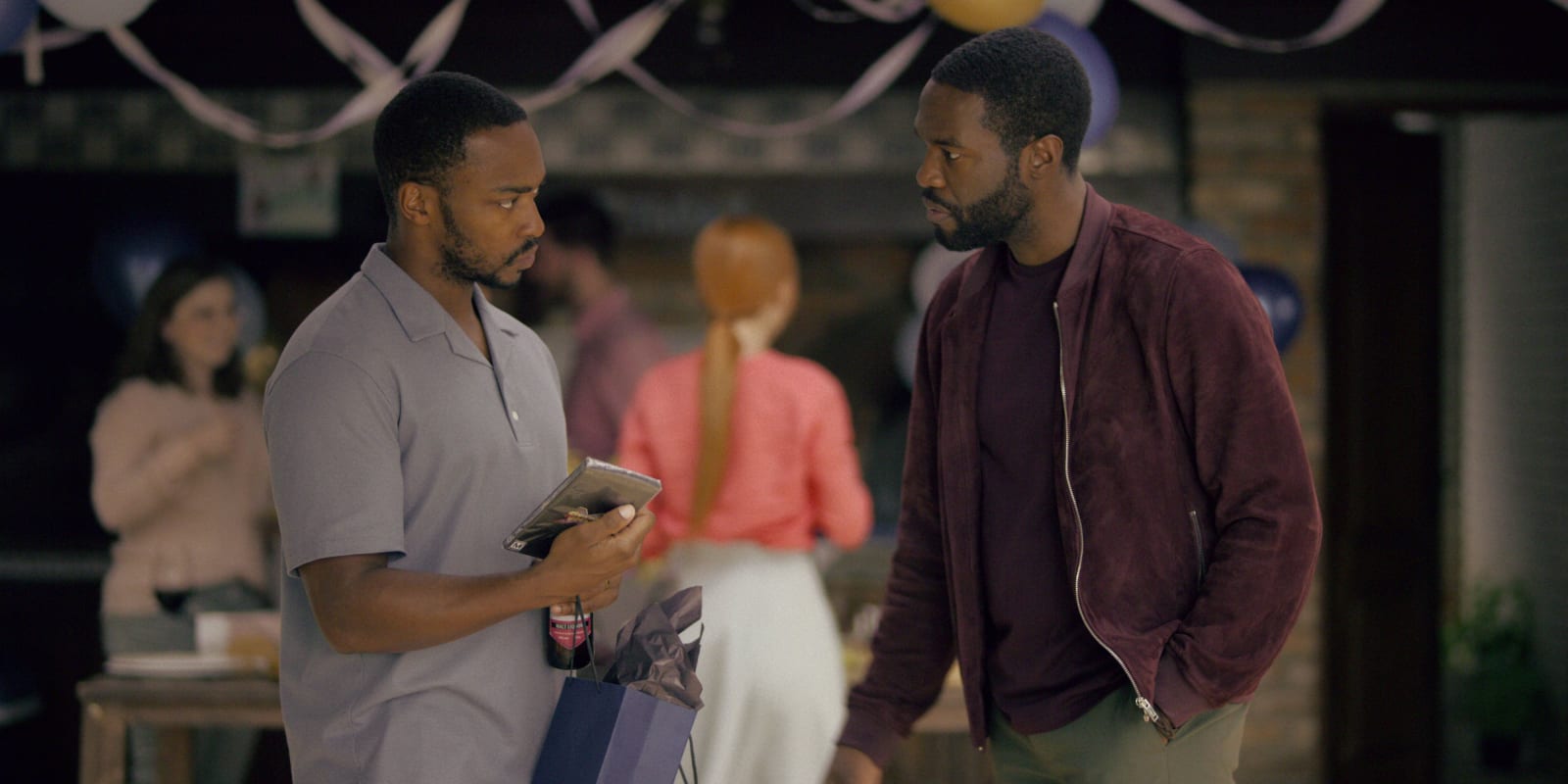 "Striking Vipers," the first and best of the three new episodes, stars Anthony Mackie as a man trapped in a dull suburban marriage. His one escape is a lifelike VR fighting game, given to him by an old friend (Yahya Abdul-Mateen II). They’re able to play together online, just like they used to side by side on the couch. At first, the episode seems like it’s exploring the connections we have with our gamer friend lists. There’s always that rush of excitement when you receive a game invite, and it’s not uncommon to spend hours chatting together over headsets. But it’s not too long before the realistic VR game is used exactly like you’d expect: for sex. 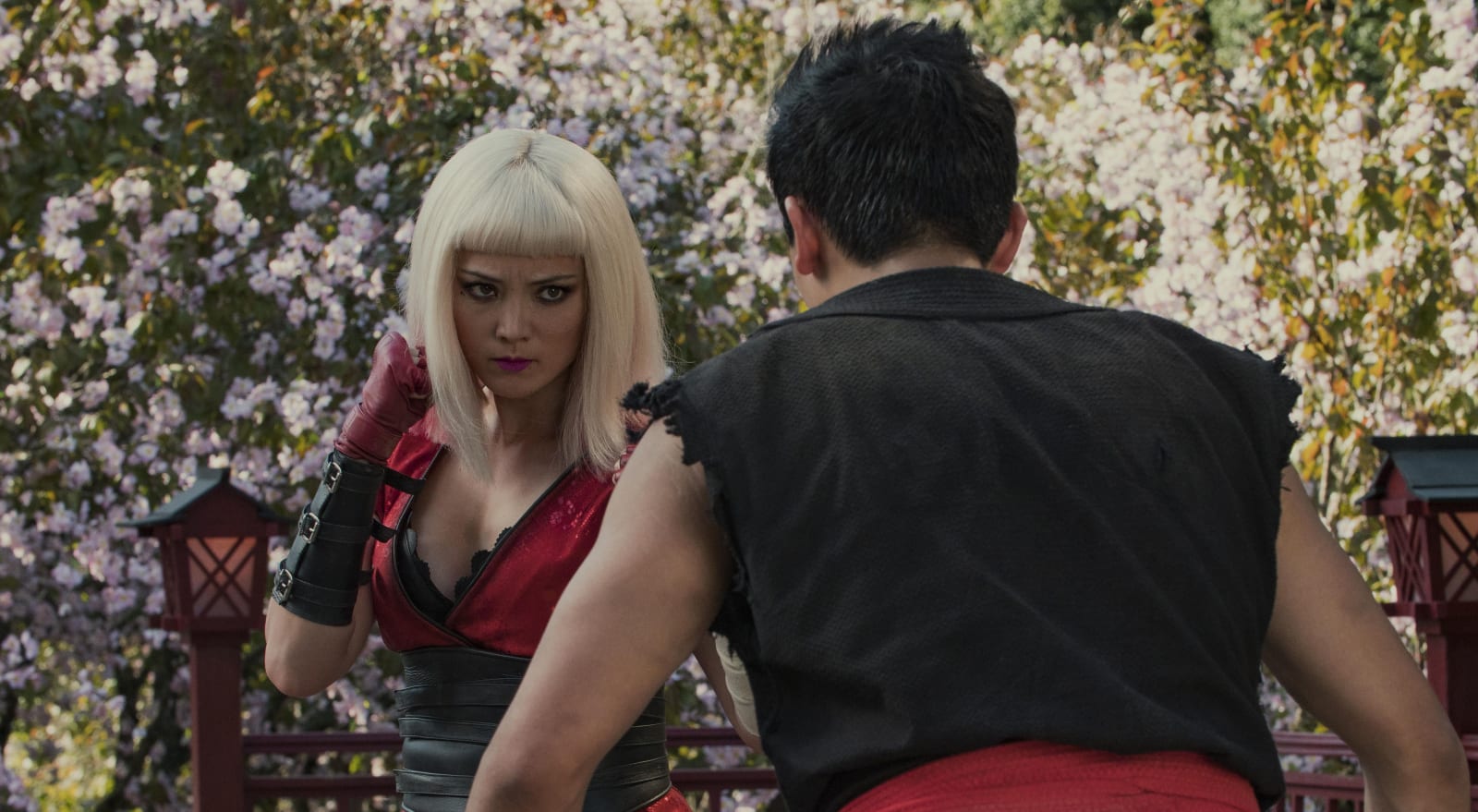 To his credit, Brooker treats the idea of two male friends hooking up virtually with an appropriate amount of nuance. It’s even more interesting when you consider that their avatars are male and female, allowing the episode to explore how a masculine guy can learn to appreciate the experience of sex as a woman. But these elements tie together a traditional story of a middle-aged guy being dissatisfied with his cookie-cutter life (see also American Beauty and almost every cinematic depiction of suburbia). Perhaps if "Striking Vipers" had room to flesh out the story, we’d get something a bit more unique. But at the least, the ending shows a respect for nontraditional relationships: The two gamers are allowed to have their intimate get-togethers while the wife of Mackie’s character (played by Nicole Beharie) is free to have flings of her own.

From there, the season gets messier. "Smithereens" centers on a disgruntled driver for a taxi app (Andrew Scott from Sherlock and Fleabag) who kidnaps a young tech worker (Damson Idris) at gunpoint. He doesn’t want money or anything luxurious; his only demand is to speak to the head of a massive social network company (Topher Grace). The episode plays out like a modern Dog Day Afternoon, where the hostage situation gets worse by the minute. But even though Scott and Idris deliver some solid performances, the emotional climax lands without any impact. 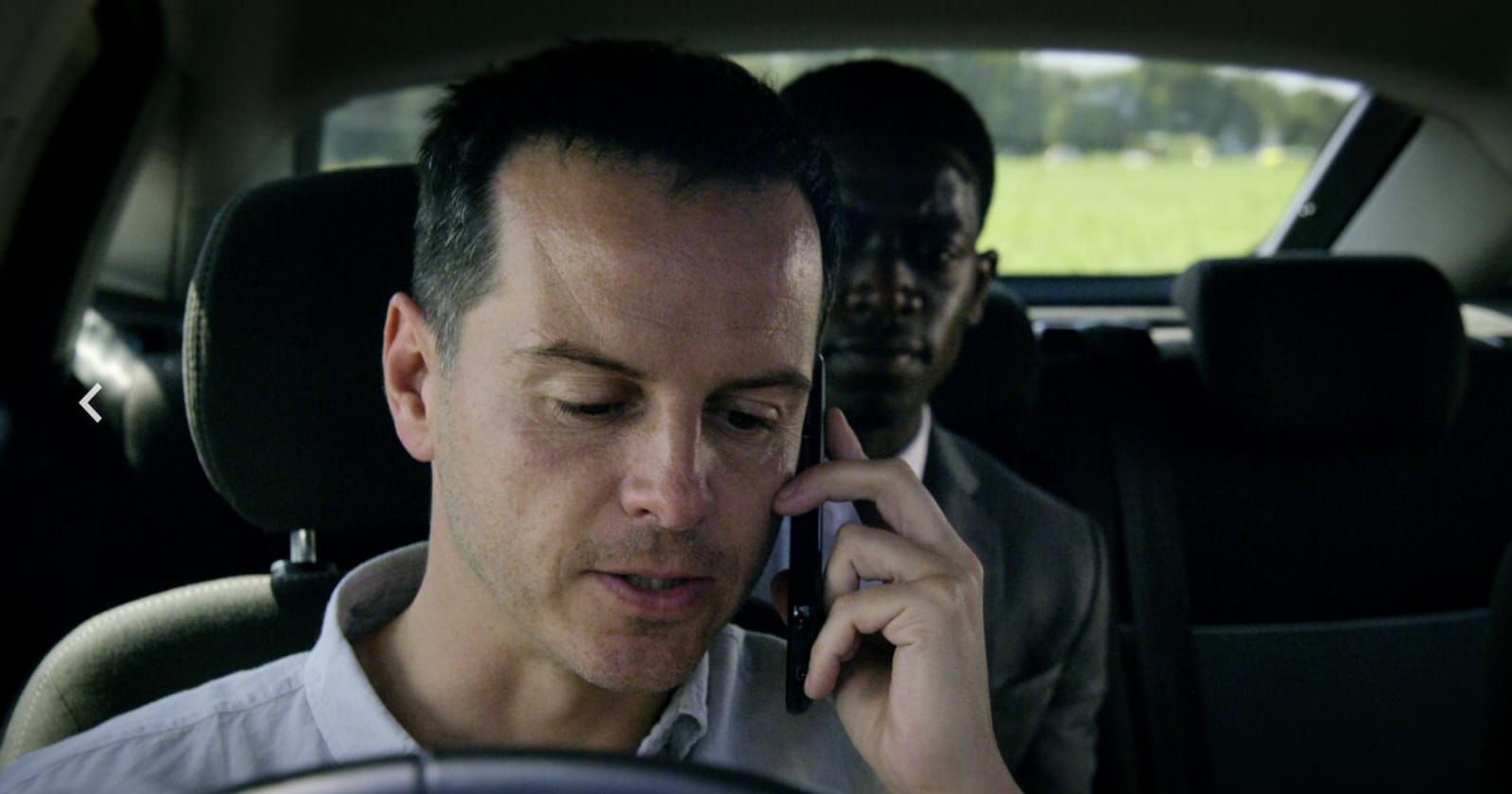 The taxi driver blames himself for the car accident that killed his wife, because he couldn’t help but check a notification from the Twitter-like social network Smitheeren. It’s meant to be a commentary on our dopamine-driven social media addiction, something that’s brought up directly when the driver and CEO finally get to chat. But there’s not much for either character to do: All the driver does is unburden himself, and the CEO just has to listen. He half-heartedly mentions that his social network wasn’t meant to be so addictive and attention-sucking, but that’s hard to take seriously when he’s a billionaire in a robe on a week-long silent retreat. (That’s a nod to the vacation preferences of Twitter CEO Jack Dorsey and plenty of other Silicon Valley elites.)

"Smithereens" juggles some interesting ideas, especially once we start to see how a powerful social network could quickly learn more about people than the police through digital eavesdropping. But the episode ultimately feels like a turgid morality play. My God, we’ve forgotten how to be bored!

The Miley Cyrus episode rounds out the season, but aside from the surprising nod to Nine Inch Nails, it plays out exactly like you’d expect for Black Mirror. A lonely high school girl (Rachel, played by Angourie Rice) finds comfort in pop star Ashley O’s music and personal robot toy, Ashley Too. But it turns out Ashley O doesn’t appreciate her aunt’s domineering management style over her career. After they fight, she’s placed into a coma, giving her aunt the chance to create a virtual Ashley O that’ll be completely obedient. As a plus, the virtual pop star will be able to play concerts all over the world simultaneously without ever getting tired. 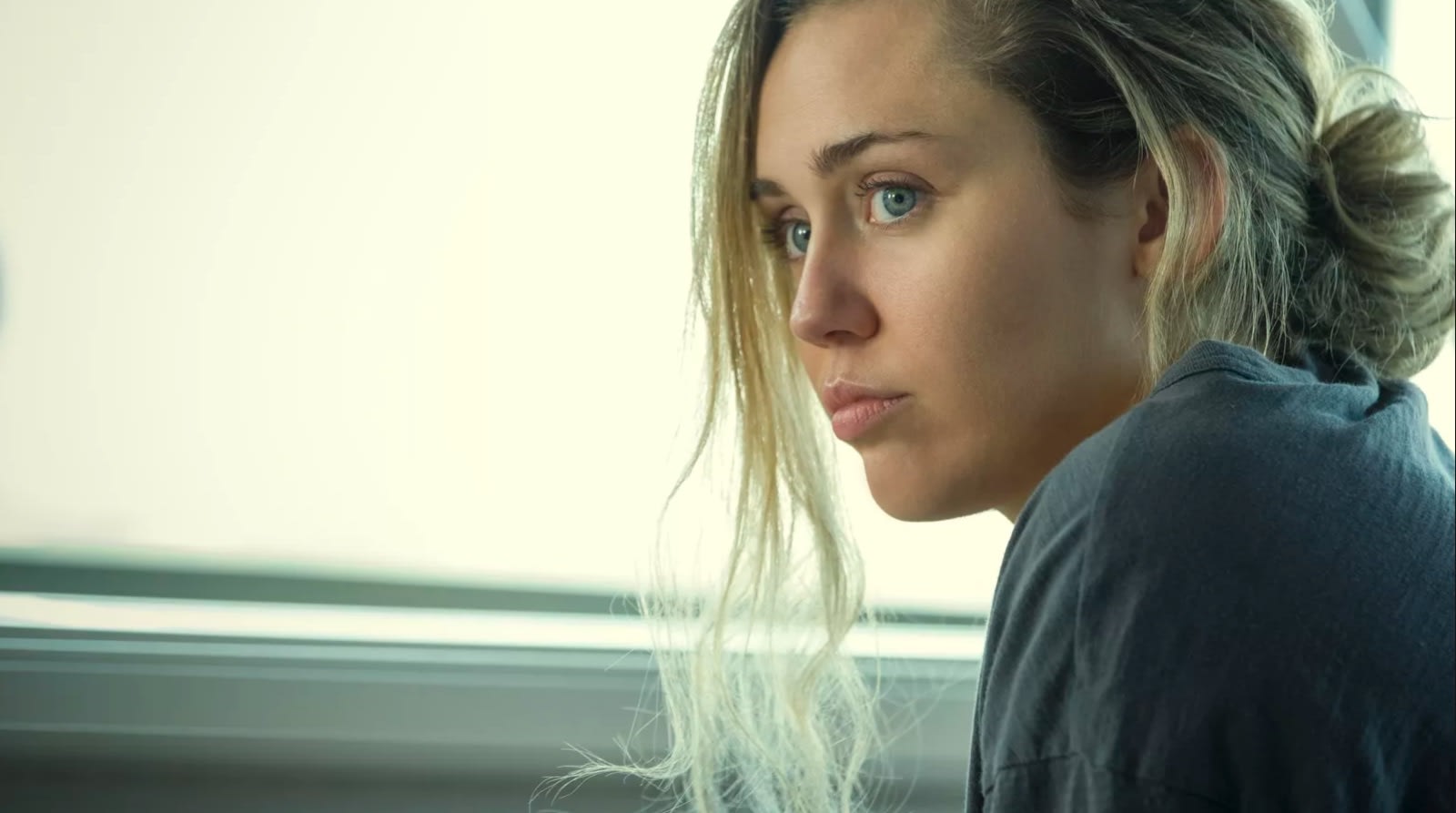 It’s up to Rachel, her punk rock sister Jack and a self-aware Ashley Too to put a stop to the evil aunt’s plans. Yes, it’s as fun and silly as it sounds, but at least the episode springs to life during its action-packed finale. Before that, it’s just covering the same territory we’ve been over before: the isolated teen with a messy family life, the disgruntled pop star who wants to create something more artistically fulfilling. At best, the episode hints at what’s possible with true virtual pop stars, something we’re beginning to see with the likes of Hatsune Miku. But beyond that, it feels like an excuse for Charlie Brooker to create something akin to an ’80s Amblin film, with teens taking on an evil music manager.

Here’s the thing: These aren’t necessarily bad episodes of television. But like I said last season, they don’t live up to Black Mirror’s legacy of cultural criticism. And that’s going to be a problem for the series now that it’s seeing more competition from shows like Jordan Peele’s Twilight Zone reboot. Once again, the fix seems clear: Brooker needs to get some more writers on board, so Black Mirror finally gets some fresh ideas.

from Engadget https://engt.co/2Ke9aIX
via IFTTT